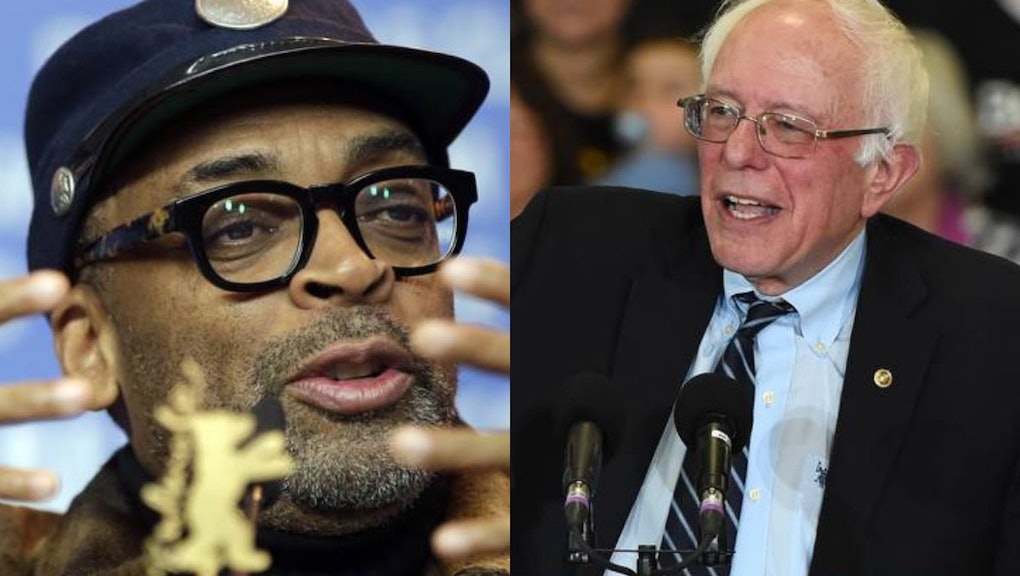 "He was arrested in Chicago for protesting segregation in public schools." — Spike Lee

On Tuesday, Spike Lee, the famously outspoken director of movies centered on racial tension in America, made his views on the 2016 election public.

In a radio spot by the Sanders campaign, director Lee endorsed Sanders.

The main reason why? Sanders' activist past.

He was at a protest over mobile classrooms that were being brought in to keep black students out of predominately white schools Chicago's Englewood neighborhood.

Sanders confirmed in February that he is the activist in the video.

In his endorsement, Lee also mentioned that Sanders attended the historic March on Washington. The senator's participation in the Civil Rights Movement, according to Lee, is evidence that he would "do the right thing" as president.