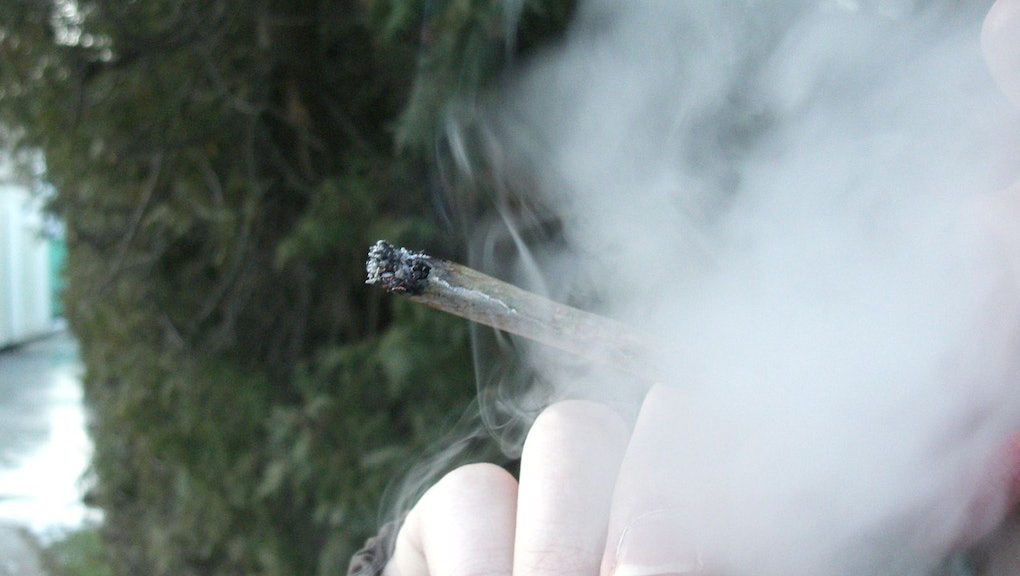 Synthetic marijuana has recently made headlines for causing a surge of emergency hospital visits. As the Boston Globe reported in August 2014, New Hampshire Governor Maggie Hassan issued a public health emergency when numerous individuals reported becoming sick from the drug. In April 2015, CNN reported that New York Governor Andrew Cuomo had issued a health alert after "more than 160 patients in nine days have been rushed to hospitals across the state for adverse reactions to synthetic cannabinoid, known as 'spice' or 'K2.'" Why exactly are people becoming so ill from a synthetic drug that is purported to be the same as the natural kind?

1. Because it's fake marijuana.

According to the Centers for Disease Control and Prevention, synthetic cannabis does not contain any natural cannabis. Instead, it is "any of a variety of plants sprayed with laboratory-produced chemicals." The CDC also notes that the way the drug is marketed, "often in colorful packages with cartoon-like characters and attractive brand names," makes it popular among adolescents and young adults, despite the fact that possession and sale of the synthetic drug is illegal.

2. The chemicals used in synthetic marijuana are extra-reactive to your brain.

According to U.S. Health's Howard Forman, synthetic marijuana "can be made with nearly 100 different chemicals," and though the list of chemicals used can differ from batch to batch, the resulting compounds produce similar effects. This is due to how the drug reacts to the CB1 receptor in the brain. Forman notes, "The activity of these synthetic cannabinoids can be hundreds of times stronger than [natural] marijuana on a dose-by-dose comparison."

3. Your body has trouble "deactivating" it.

An anonymous 16-year-old male user described it as "the most terrifying experience I've had to date," with the feeling of anxiety, fear and nervousness becoming stronger and stronger. "I felt as though I was losing control of my hands and feet," he writes. "They felt very far away, like they weren't my own. I tried touching the couch, rubbing the textures, but felt nothing. My sense of touch was almost completely gone, and this really unsettled me. ... 'This isn't like weed at all,' I thought."

According to Forbes' Alice Walton, part of the problem is that the chemicals in synthetic marijuana are so potent that the body doesn't know how to metabolize the drug to "deactivate" the effects. She interviewed Paul Prather, professor of pharmacology and toxicology at the University of Arkansas for Medical Sciences, who said, "Its potency can be up to 100 or more times greater than THC – that's how much drug it takes to produce an effect." Furthermore, Prather tells Walton that the delayed deactivation of the effect might have to do with synthetic marijuana's lack of cannabidiol, which is found in natural marijuana and can help counteract the effects of THC.