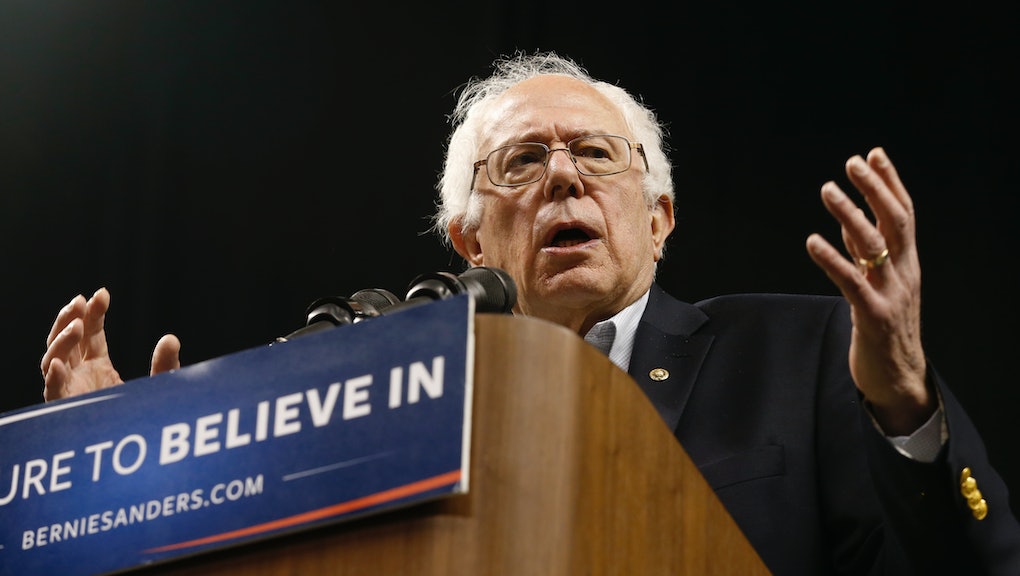 At a town hall held by CNN in South Carolina on Tuesday, Sen. Bernie Sanders tied Republicans' refusal to hold hearings for any Supreme Court nominees selected by President Barack Obama to the the birther movement, suggesting that both are part of a larger "racist effort" to delegitimize the president.

When asked by a member of the audience about the Supreme Court predicament, Sanders was eager to describe Republicans as motivated by the desire to sabotage the president's agenda, and not-so-subtly implied that it shared something with the skepticism that many Republicans have harbored about Obama's citizenship in the past.

Read more: One of the Koch Brothers Says Bernie Sanders Is Right on This Critical Issue

"What you are seeing today in this Supreme Court situation is nothing more than the continuous and unprecedented obstructionism that President Obama has gone through, and this — and this is on top of this birther issue, which we heard from Donald Trump and others, a racist effort to try to delegitimize the president of the United States," Sanders said. "Can you imagine that? To say he's not really the president, he wasn't born in the United States, which is nonsense."

Sanders went on to say that the the birther questions were at least in part motivated by race.

"It's a funny thing, on that issue. My dad came from Poland, I'm running for president — guess what? Nobody has asked for my birth certificate," Sanders said. "Maybe it's the color of my skin. I don't know."

When asked if he thought Trump specifically was motivated by racism, Sanders said, "I'm not a psychoanalyst," and declined to say what he thought drove the Republican frontrunner's conduct. But he said race was undoubtedly fueling at least some of the movement.

"I'm not going to speak to Trump — do I think that at least in some parts of that Republican base there is race involved in that? Absolutely, absolutely," Sanders said.