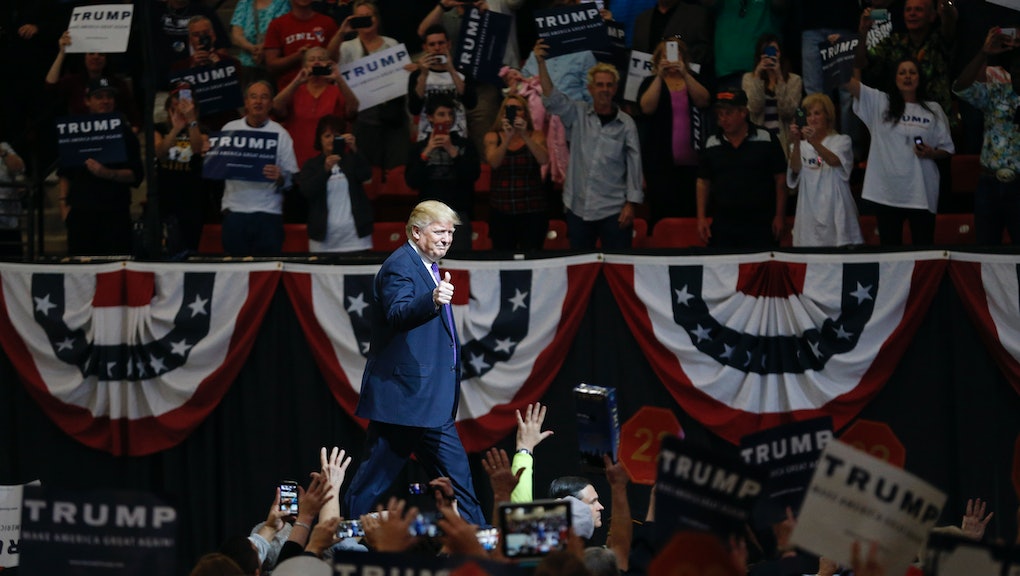 Former casino kingpin Donald Trump won big in the Nevada caucuses Tuesday night, running away with another victory in his slog to the Republican nomination for president.

The Associated Press and numerous other news organizations called the contest for Trump at 12 a.m. Eastern on Wednesday, just minutes after voting concluded.

Polling of the state's GOP voters was not as heavy as it had been other early voting states, but surveys taken prior to the caucuses uniformly showed Trump with double-digit leads over his closest competitors, Ted Cruz and Marco Rubio.

Nevada has 30 delegates to award. Trump needs 1,237 to secure the nomination.

The Manhattan billionaire romped to the gold in the Silver State after a huge Saturday win in South Carolina, where he captured all 50 delegates with 32.5% of the vote — 10 points ahead of Rubio.

Rubio quickly translated his having nudged past Cruz into fresh evidence to back up the argument that the Florida senator is Republicans' best hope of stopping Trump in a two-man race.

Cruz finished a close third in a deeply religious state where his supporters had hoped his appeal to evangelical Christian voters would have given him more traction.

Heading into the Nevada picks, the Texan continued to struggle with questions about the character of his campaign Monday after he fired a top aide for posting a misleading video about Rubio and the Bible.

Cruz defeated Trump in the Iowa caucuses, but the businessman bounced back with a solid win in the New Hampshire primary.

Scramble for Southern support: As the field of GOP presidential candidates grows smaller, the pool of voters potentially open to courting grows bigger: The group lost a member in South Carolina, where former Florida Gov. Jeb Bush called it quits after another disappointing outcome.

Trump's travel schedule showed him jetting off Wednesday to woo voters in soon-voting Southern states including Texas, Georgia and Alabama. Super Tuesday is March 1, followed by another major round of primaries March 15.

First, the GOP candidates face off in their next televised debate Thursday at the University of Houston.