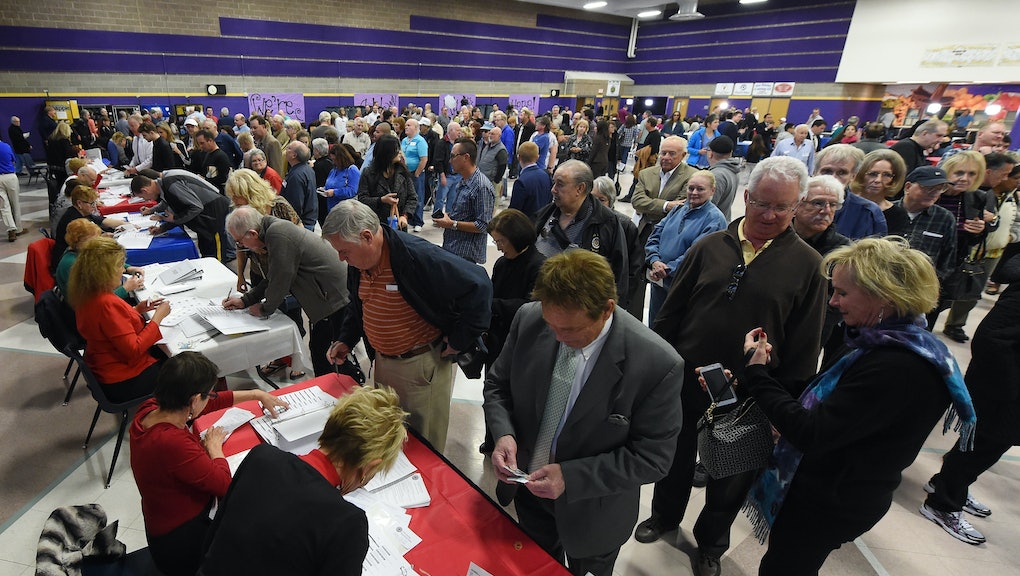 Long lines, ballot shortages and a circus-like atmosphere were on grand display during the Nevada Republican presidential caucuses on Tuesday.

As caucusgoers gathered in the evening, reports and complaints flew about election-site workers wearing campaign gear promoting frontrunner Donald Trump, who came into the state fresh off a decisive weekend win in South Carolina.

Other observers cited long lines to get into caucus sites, where workers were said to have missed checking in some participants — opening a path to double-voting.

Adding to the confusion, voters received ballots listing candidates who have already taken themselves out of the running. Some caucusgoers had trouble scoring a ballot at all.

Nevada traditionally isn't that big a deal in GOP nomination contests, but 2016 looked to prove the exception: Trump's performance in the early states has only heightened buzz about trying to break his momentum.