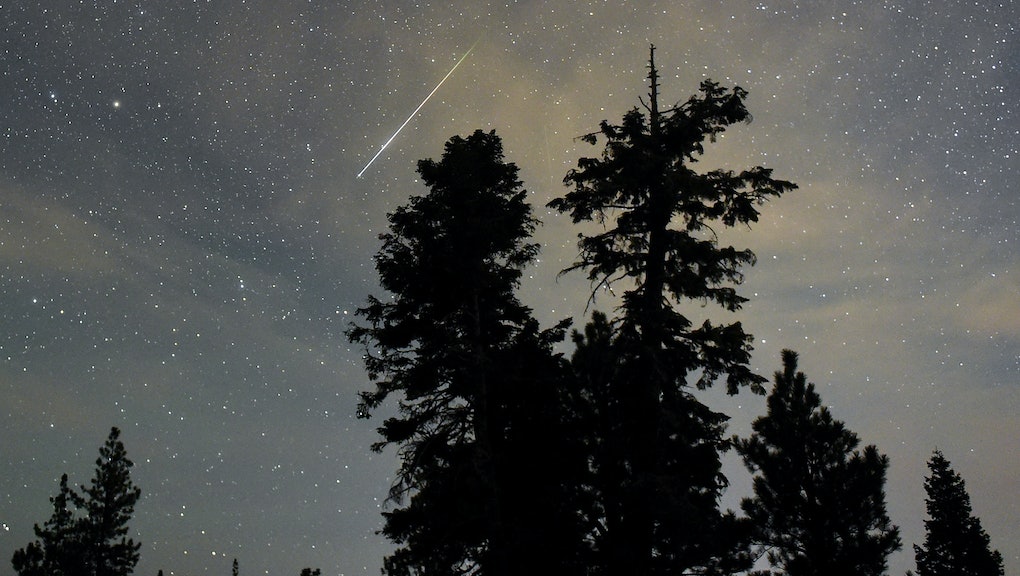 On February 6, an approximately five to seven-meter wide meteor with force comparable to an atomic bomb crashed into the Atlantic ocean off the coast of Brazil, making it the largest to strike earth since Chelyabinsk in 2013, according to Forbes.

But since it landed overseas, it went relatively unseen, only picked up by military monitoring instruments like satellites and seismic monitors. The report was recently sent to NASA's Jet Propulsion Laboratory by the United States government, Slate reported.

The detonation of this meteor was equivalent to about 13,000 tons of TNT blowing up, Slate reported. Many can't even imagine that amount of explosives, but that impact is actually considered small, even normal. If it occurred over a populated area, it probably would've just rattled some windows.

Read more: Here's What the First Flower Grown in Space Looks Like

When thinking of meteors breaking the earth's atmosphere, people think of it smashing into the ground. Instead of the matter that causes the damage, it's actually "the energy that's released when the meteor breaks up in the atmosphere," the Huffington Post reported.

Chelyabinsk on the other hand, injured over 1,000 people because it had the magnitude of about 500,000 tons of TNT, Slate reported. It broke into pieces and released a massive amount of energy.

Up to 100 tons of objects and debris fall from space all the time, Slate reported. Usually they disintegrates into bits and pieces while in the air. Impacts like the one from February 6 occur a few times each year. And since the earth's surface is made of more water surface than landmass, they tend to go relatively unseen.

In fact, a meteor the size of February 6's wouldn't have been detectable until just a few hours from impact.