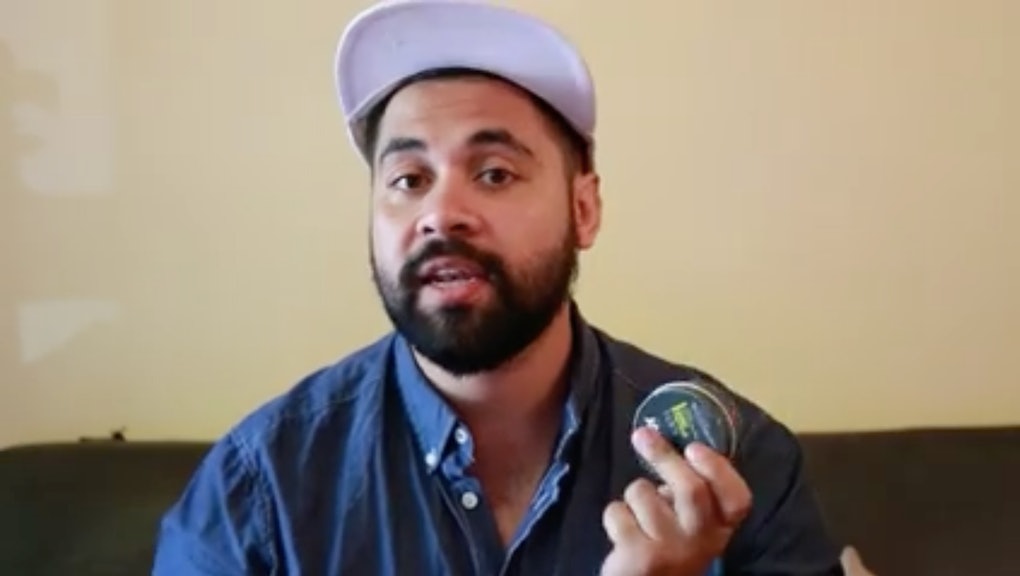 With a heavy sprinkling of satire, actor/writer Bjorn Stewart decided to address frustrations with Australia's recent surge of blackface offenders in a new makeup "tutorial" uploaded to the Facebook page of comedy group Cope ST Collective.

Read more: This Is What Happens When a University Mistakes a Cosmetic Face Mask for Blackface

"What we're about to do is apply some shoe polish," he says in the video, which has received over 100,000 views since being posted early Monday morning. "Now you can get any shoe polish from anywhere, probably a cobbler would be your best bet... And what we're just going to do with the shoe polish is NOT DO FUCKING BLACKFACE, YOU DUMB CUNT."

As the credits roll, his message continues, with credits reading "#SorryNotSorry" and "DontBeADumbCunt," with Stewart reappearing to urge his subscribers to "like and subscribe and put your racist comments in the comment section below."

"The idea was sparked last month when two white Australian men did blackface posing as two Aboriginal men on Australia Day," Stewart tells Mic. "And then there was the Serena pic."

At the Australian Open in January, a spectator painted her face boot polish black in a misguided display of support for tennis legend Serena Williams.

"We didn't get time to make the video last month but this week blackface happened again."

Earlier this week, when Australian women's basketball player Alice Kunek posted a now-deleted photo to Instagram in which she was dressed as Kanye West. In the photo, Kunek has a poorly applied mud mask "blackening" her face.

Many were outraged, calling out the racially insensitive post. Among them were Kunke's own teammate Elizabeth Cambage, who said she was both "shocked and disturbed."

Kunke issued an apology on her Instagram, posting another version of the photo (this one without her face painted), with the caption: "I'm sorry that people would think my support of Kanye as being racist in some way. People who know me know that I don't judge others based on the color of their skin."

"A lot of white Australians grew up in families or communities where casual racism is accepted, so there's an ignorance to racism there," University of Sydney associate professor Catriona Elder told the BBC.

It extends far outside of the borders of Australia, as we well know. Actress Julianne Hough issued multiple apologies after showing up to a 2013 Halloween party in blackface makeup. In response, the following Halloween Jezebel's Madeleine Davies created a makeup "tutorial," a predecessor to Stewart's titled, "How to Do Last Minute Blackface on Halloween."

So why a makeup tutorial for Stewart? "People respond to comedy a lot more easily than ranting and raving and we thought make up tutorials are crazy enough to get the idea across."

Hopefully the discussion this video has ignited can lead to greater awareness and understanding when it comes to the continuing issue of racial insensitivity (as long as people get the joke...).