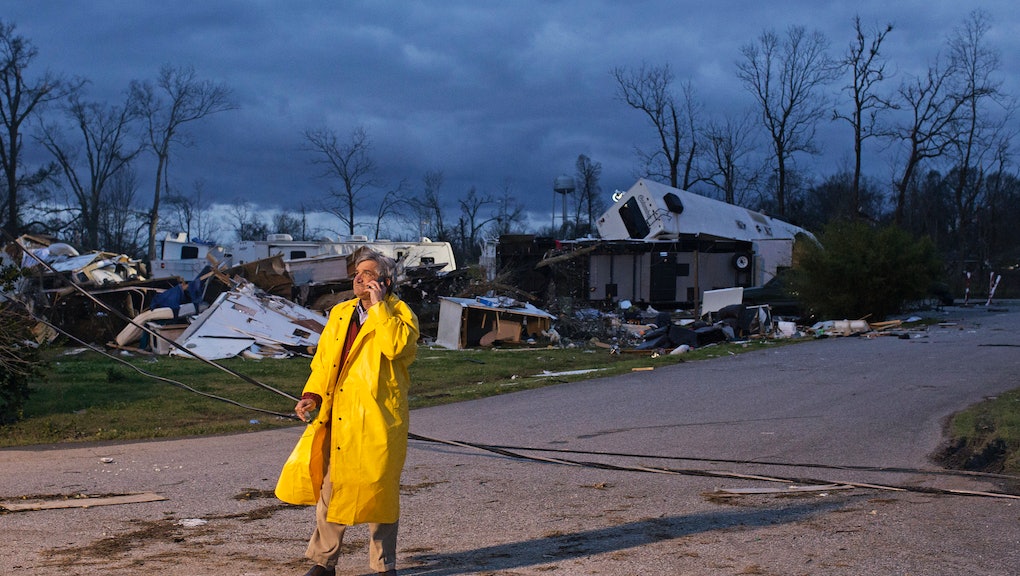 At least three are dead after a number of powerful tornados ripped across the Southeast, touching down in Florida, Mississippi and Louisiana.

According to the BBC, two people were killed by overturned mobile homes in a Convent, Louisiana trailer park where 90% of the mobile homes were destroyed. A third person was killed in Lamar County, Mississippi, NBC reported.

Read more: It's Hard to Argue With Climate Change When You See 100 Years of Data at Once

The storm system uprooted trees and brought mayhem in a march of destruction.

"It is a jumbled mess," Louisiana Gov. John Bel Edwards told NBC. "These travel trailers were picked up, moved a considerable distance and really blown apart, torn apart. There are heavy-duty F350 pickup trucks back there that were just mangled."

On the ground, though, the photos said so much more.