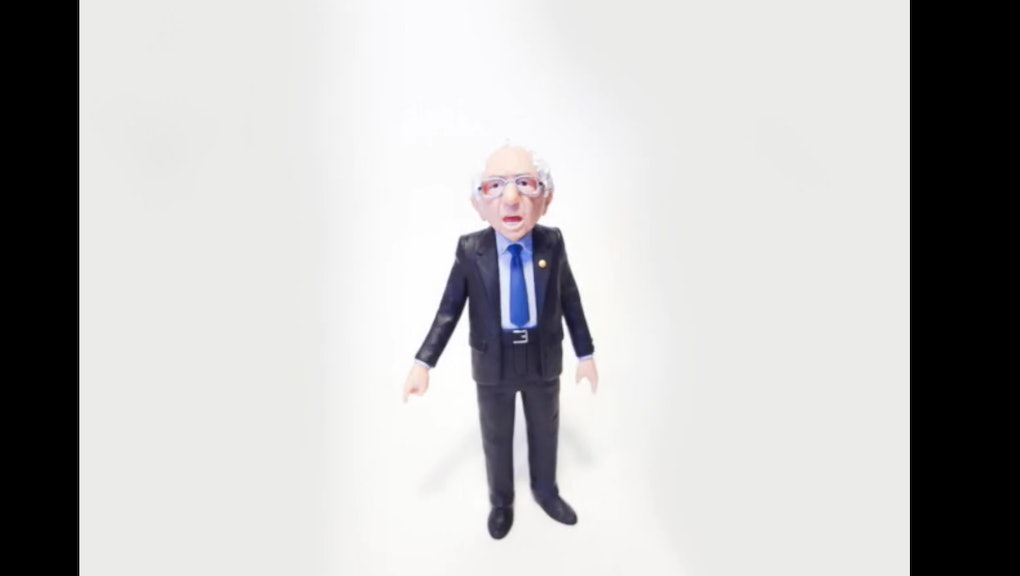 It might not be long before you can fulfill your dream of taking a pocket-sized Bernie Sanders with you anywhere you go, thanks to a campaign to give the Democratic presidential candidate his very own line of action figures.

"My Bernie" is a spot-on likeness of the Vermont senator, boasting, as Toyland snarked, "more realistic hair than Trump."

To fund your ultimate dream toy, Brooklyn product design firm FCTRY launched a Kickstarter, which has already reached its $15,000 goal with more than a month left in its campaign. According to the Kickstarter page, some of the money earned will go to Sanders' campaign.

During previous elections, FCTRY made action figures in the images of Hillary Clinton and Barack Obama. Pledge $75 and you could get all three! Who wants to play "Situation Room?"

FCTRY's promotional images don't seem to include any accessories for the doll, so might we suggest the following: a tiny copy of Karl Marx's The Communist Manifesto, a Bernie sandwich and a teeny tiny dartboard with Henry Kissinger's face on it.

Watch the commercial, featuring a jingle that might sound familiar to some of the older millennials among us, below: