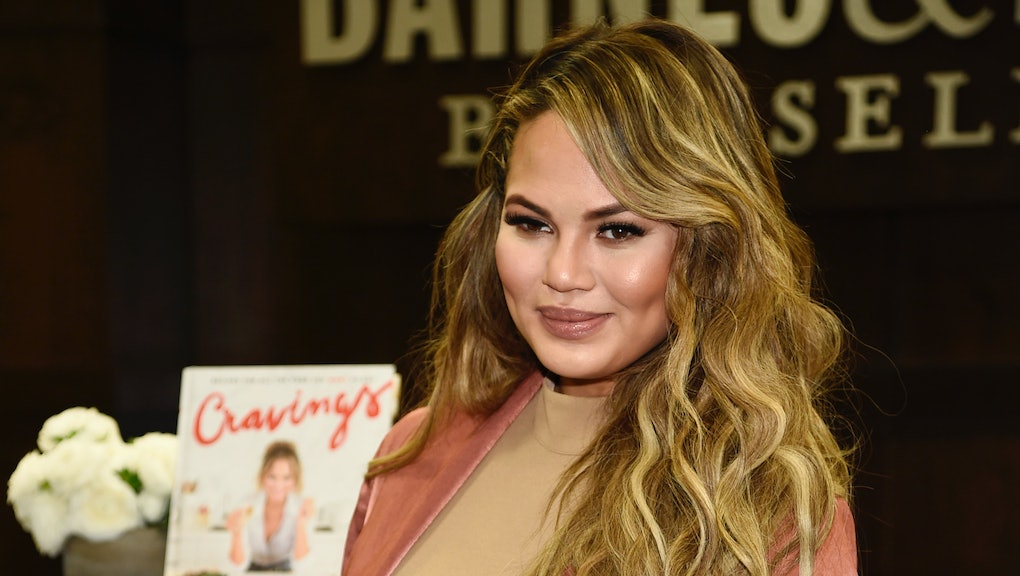 Chrissy Teigen has given us just the oversharing, no-bullshit pregnancy we hoped for — to the point where we've admittedly been following it like a Twitter livestream. (Seriously, she's really good at Twitter.) From speaking openly about the challenge of getting in vitro fertilization shots during a Sports Illustrated photo shoot to slamming body shamers and food shamers like it's Whack-a-Mole, Teigen has brought us all along on her pregnancy journey.

The latest admission by the model/TV host? Thanks to the wonder that is IVF, she and husband John Legend have picked the sex of their baby.

"I've made this decision," Teigen told People for its issue that's on stands Friday. "Not only am I having a girl, but I picked the girl from her little embryo. I picked her and was like, 'Let's put in the girl.'"

Hand-selecting the sex of your baby was a futuristic fantasy decades ago, but today it's more possible than ever thanks to IVF. Up until the past century, folk methods were your best bet for determining a baby's sex (one Talmudic interpretation says if the woman comes first when she's having sex with her husband, the baby will be a boy).

But modern processes for conceiving have given moms more options, provided they can afford them. With artificial insemination, couples can take advantage of sperm sorting, in which the man's sperm is analyzed and sorted based on the "comparative motility of X and Y chromosome-bearing" sperm, based on the assumption that sperm with X chromosomes swim slower than sperm with Y chromosomes.

It's the sort of screening typically reserved for parents with inheritable genetic disorders like Tay-Sachs, just as IVF itself used to be reserved for women who truly could not conceive the traditional way. But as Slate reported in 2012, using PGS and IVF for the main purpose of having a baby of a certain sex — often a girl — has become more common, not to mention a big business.

"Gender selection now rakes in revenues of at least $100 million every year," according to Slate. "The average cost of a gender selection procedure at high-profile clinics is about $18,000, and an estimated 4,000 to 6,000 procedures are performed every year."

In fact, foreign parents are even flying into the United States to undergo IVF for the purpose of choosing a boy or a girl, reported the Daily Mail.

The process of hand-picking your embryo for a "designer baby" isn't without controversy, not only for its luxury status but also for its ethics, as bioethicists see it as manipulating technology for gender discrimination.

But like so many other technological innovations, it's becoming increasingly accepted and less and less stigmatized. Kim Kardashian West and Kanye West were open about the fact that Kardashian West only had male embryos implanted her second time around, in the hopes that they'd have a brother for North. And now Teigen, never one to gloss over the truth, has been candid about wanting a girl.

It's just the latest news in a celebrity pregnancy being shared with the public with a level of honesty we should really just start calling Teigen-esque.