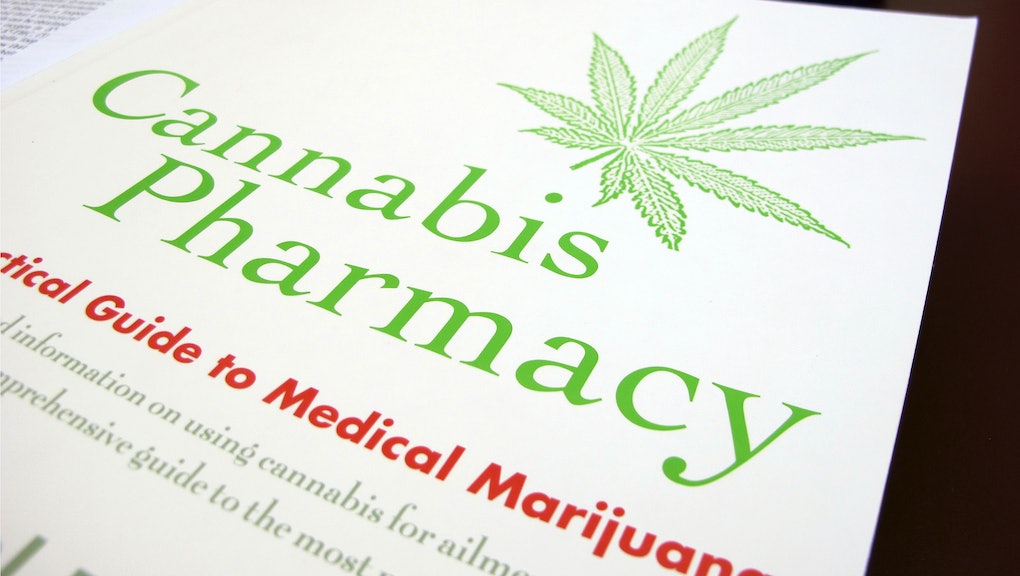 What Conditions Qualify for Medical Marijuana? It Depends on Your State

Although marijuana is still defined by the Drug Enforcement Administration as a drug "with no currently accepted medical use and a high potential for abuse," the tide towards legalization appears to be shifting. 23 states and the District of Columbia have enacted legislation to legalize medical marijuana, according to ProCon.org.

Toni Richard, the mother of a 15-year-old epileptic teenager, allows her son to take medical marijuana to combat the 3,000 seizures a day he would face. "In 13 years, my son had slept 50 nights, so the night we started medical marijuana, he slept through the night, and now he pretty much sleeps almost every night," Richard told MyNews4.

"As a Schedule 1 medication, it has to be approved by two different government agencies in order to even get a sample to test on anyone, much less children," pediatrician Dr. Krista Colette told MyNews4. "And getting anyone to agree to do any sort of medical testing on children can be very hard."

So what conditions qualify for medical marijuana? Leafy, the largest marijuana website in the world, has a list of all of the qualifying conditions in the individual states as of Jan. 2016. The full list is on their website.

Most states have determined that cancer, glaucoma, HIV/AIDS, and Lou Gehrig's disease (ALS) qualify patients for medical marijuana use. Other states, like Hawaii and Alaska, only list "pain" as a qualifier. Each state has their own specific set of conditions.

But eventually, marijuana may be legal everywhere, according to Oregon Rep. Earl Blumenauer.

"I think it's game over in less than five years," Blumenauer, a Democrat, told Huffington Post in 2014. "There's no question that we're likely to see another state or two this year legalizing [recreational] use. We're going to see more medical marijuana progress. The crazy prohibitions on bank services and probably the tax disparities — these are all eroding."