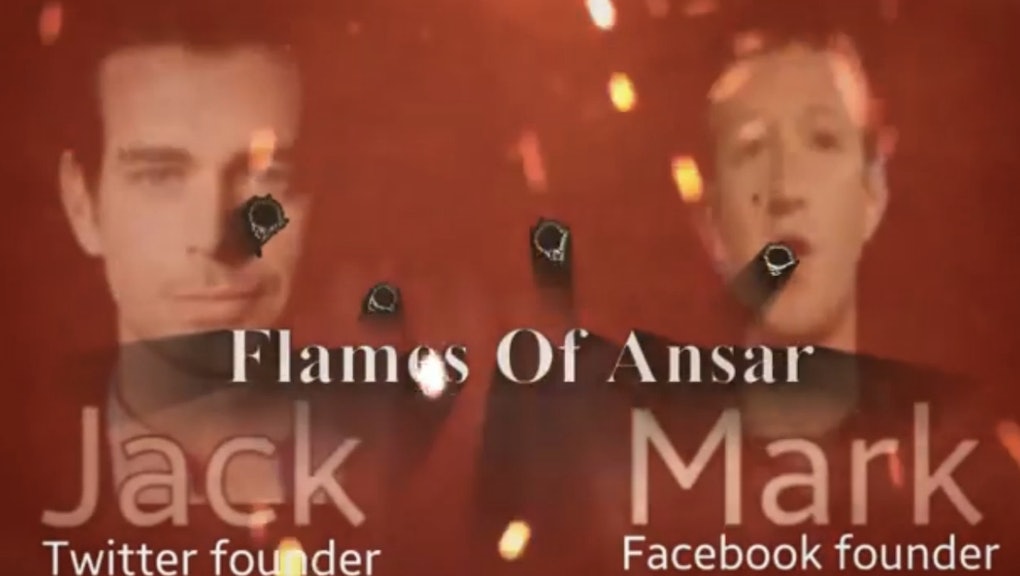 The Islamic State group, or ISIS, released a 25-minute video on Wednesday threatening the respective co-founders and CEOs of Twitter and Facebook, Jack Dorsey and Mark Zuckerberg.

In the video, an image with both men's faces appears in red, mottled with bullet holes. The words "Flames of Ansar" or "Flames of the Supporters" followed by an ominous message in text:

"You announce daily that you suspend many of our accounts, and to you we say: Is that all you can do? You are not in our league," the video's text reads. "If you close one account, we will take 10 in return and soon your names will be erased after we delete [your] sites, Allah willing, and will know that [what] we say is true."

Read more: Anonymous Declared War on ISIS — And Now ISIS Is Hitting Back

The video was discovered on online platform Telegram by deep web analysts working for Vocativ. Telegram is a preferred method of communication for ISIS as it encrypts all messages sent via the application.

Twitter said it was unsurprised by the threat, with a spokesperson telling the Guardian, "It just happens all the time. Welcome to our everyday life."