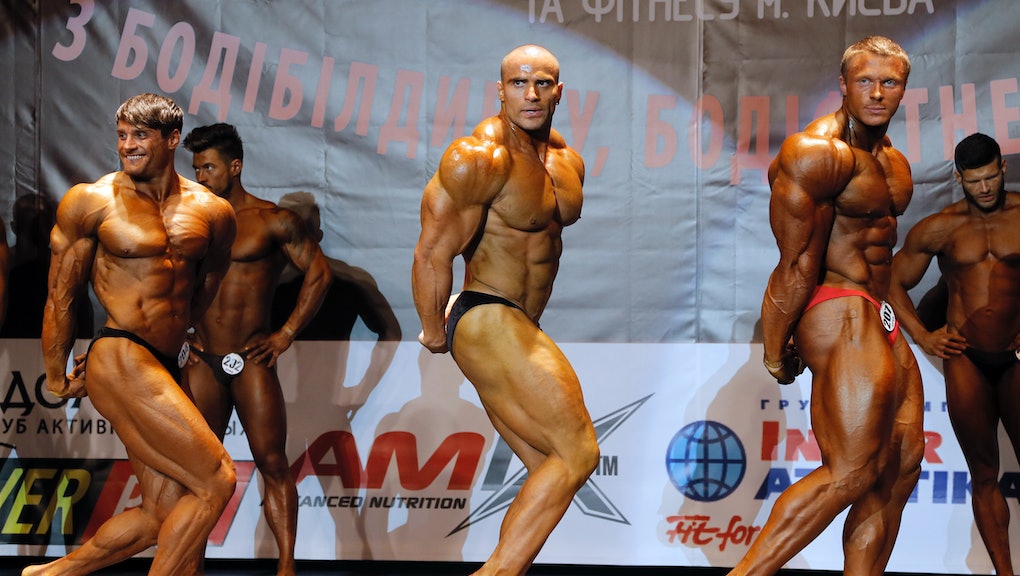 Crunches, sit-ups, planks — these are just a few of the most well-known exercises designed to help you transform your stomach into toned six-pack abs. However, some of these heralded stomach exercises aren't giving you the results you'd like to see, and in some ways, they can even be harmful, according to some fitness experts.

"Imagine your spine is a credit card," Beyond Training author Ben Greenfield wrote in the Huffington Post. "In the same way that repeatedly flexing and extending a credit card will eventually lead to wearing out of the plastic, repeatedly doing crunches can put damaging strain on your back."

"A crunch simply doesn't burn as many calories as necessary for you to get rid of any fat that is obscuring your stomach muscles — so it's an inefficient way to get your gut looking good," Greenfield added.

In his blog post, Greenfield gives several alternatives to crunches. In order to execute the Cable Torso Twist, a person only needs to "hold [the] cable at arm's length with arms straight and torso twisted to one side." The exercise is completed by pulling "the cable across the body by twisting torso." Another effective exercise involves slamming a medicine ball into the ground; Greenfield calls this exercise the Medicine Ball Slam.

But exercise isn't the only thing standing in the way of your toned six-pack.

"Everyone already has a six-pack. It's just hidden under layers of body fat," Personal trainer Lecia Whitlock told CNN. "The key to getting a lean midsection is to reduce your overall percentage of body fat. And crunches just aren't a very effective way to do that."

Reducing your body fat is key, and the best way to lower the fat is through cardio-based workouts to the tune of "30-minute sessions three to four times per week," according to CNN. The answer is to focus on your abs and other core muscles as much as possible. Machines and benches aren't as effective as using a medicine ball or a lunge.