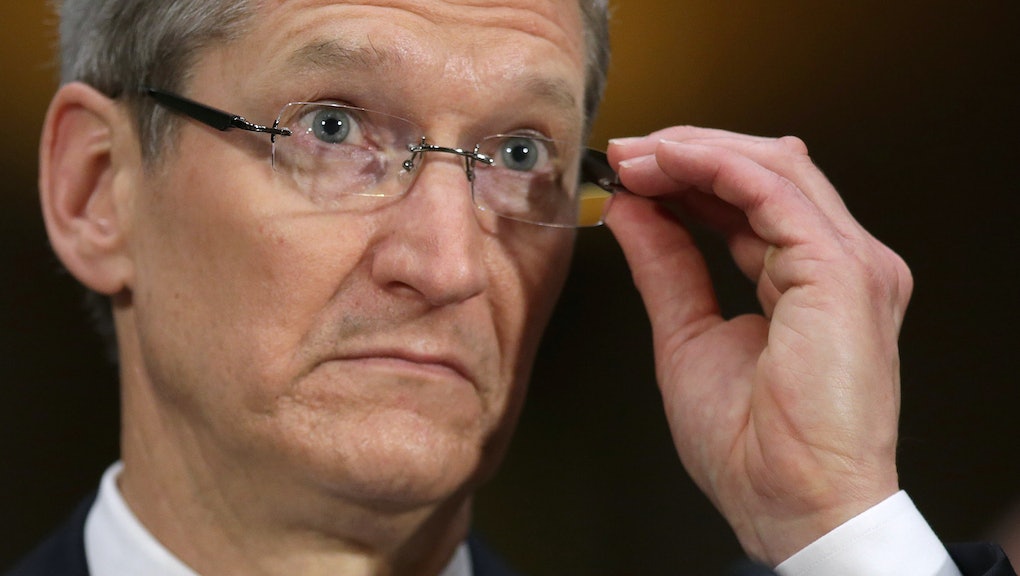 You'd think that as someone who replaced a beloved CEO who died from respiratory arrest related to pancreatic cancer, Cook would be a little more careful.

If you've been trying to keep on top of the Apple news, but have no idea what the technical details are, you're not alone. Most people heave heard that the FBI is using some arcane law to force Apple to somehow crack open the iPhone of one of the San Bernardino shooters. But even some of the greatest technologists on the country can't agree on the finite details.

In order to help people understand what the FBI is compelling people to do, people have whipped up a number of terrible analogies in order to explain the situation. Some say it's like a locked box, or a safety deposit box. Some say, ridiculously, it's like a master key to every iPhone in the world. Some say it's like offering a backdoor to encryption, a bad comparison to another technical issue few people understand.

"The only way we know would be to write a piece of software that we view as sort of the software equivalent of cancer."

"The only way we know would be to write a piece of software that we view as sort of the software equivalent of cancer," Cook told ABC News. "We think it's bad news to write, we would never write it, we have never written it."

He's not the first one to invoke biology — Edward Snowden, who is apparently developing into a national security pundit on Twitter, offered up this ham-fisted medical analogy, which was received with cringes across the board:

But while we're on the subject of Cook's claims, let's be clear about cancer.

Borderline offensive: Cancer is an invasive disease that can spread unpredictably through the body. In 2015, an estimated half-million people in the U.S. died of cancer, according to the American Cancer Society. Treatment regimens can include harmful radiation that, in an effort to stem the tide of the disease, can wither the body.

The firmware update the FBI is proposing would strip off a single security feature that was only added to the iPhone in the past few years, and otherwise leave the phone entirely intact and functional. Even if this firmware "hack," as Apple has described it, were rolled out to every phone in the country — the hypothetical doomsday scenario — those phones would still be protected by passcodes from anyone who attempted to steal them. They simply wouldn't have that one feature that erases the data after too many guesses.

A flawed contrasting analogy in this case would be to say that the FBI is asking a bodybuilder who benches 200 pounds to only bench 180.