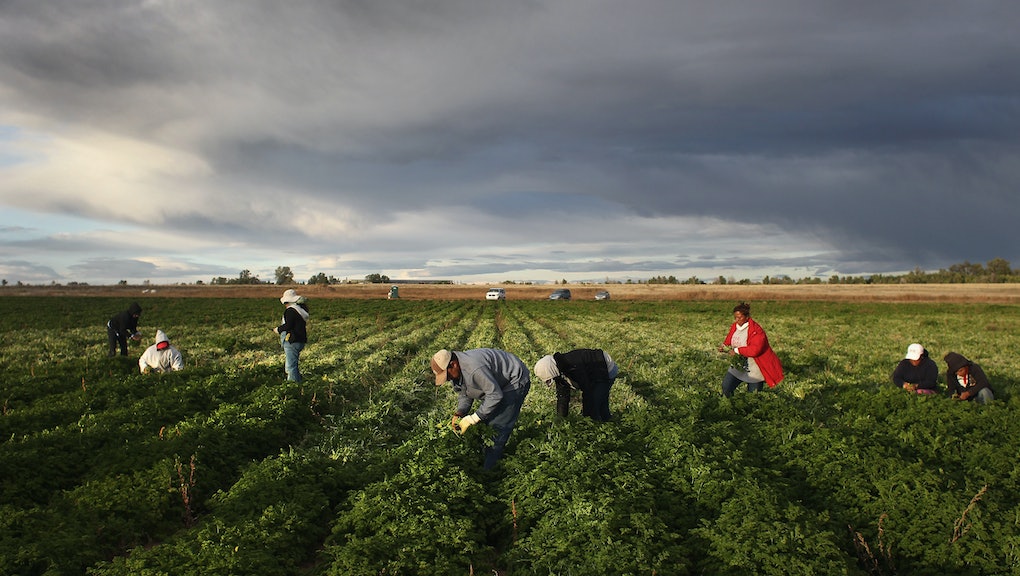 One of the main reasons that Donald Trump has been able to successfully catapult himself from reality television star to dominant Republican presidential frontrunner is his unrivaled ability to vilify undocumented immigrants. More than any other candidate in the race, he's been able to capitalize on the anxiety among many conservatives that undocumented immigrants are people who take from citizens without giving anything in return.

One of the ways he does this is by referring to how much unauthorized immigrants cost, repeatedly charging that they don't pay taxes and benefit from "free tax credits." But just as with so many other things the billionaire showman says, his claims on this front are contradicted by the facts.

Read more: 5 Myths About Immigrants That Everyone Needs to Stop Telling Immediately

Undocumented immigrants pay an estimated $12 billion in taxes to the federal government annually. But that's just for Uncle Sam. A new report by the Institute on Taxation and Economic Policy shows that undocumented immigrants also pay quite a lot in state and local taxes — $11.6 billion a year. And that amount would increase significantly if the U.S. was to undertake serious immigration reform.

How do they do it? Undocumented immigrants contribute to local and state government revenue in three main ways: sales taxes, property taxes and income taxes.

The most obvious way is sales and excise taxes, which are collected any time someone purchases goods and services. Every time undocumented immigrants spend money on items like clothing or toilet paper or gas, a portion of that's going into local and state government coffers.

Unauthorized immigrants also contribute property taxes, either directly if they own a home, or indirectly through their rent checks which are padded to cover those taxes.

The third stream of state and local revenue comes through income tax. This one's a little less intuitive. The stereotypical idea of how undocumented immigrants are paid is that it's all done off the books — workers are quietly paid low wages in cash in exchange for not exposing their legal status. But there are a number of studies that estimate that at least half of undocumented immigrants pay income taxes using false Social Security numbers or individual taxpayer identification numbers (a code for tracking tax payments for people ineligible for Social Security numbers, like foreign nationals). Some of them file income tax returns, and some don't — either way, both income tax and payroll tax are withheld from their paychecks, and become a source of government revenue.

Combined, these taxes come out to $11.6 billion, according to the ITEP report.

But while undocumented immigrants who pay income tax are pitching in for funds for government services, they're not getting anything out of it.

Immigration reform would only improve the flow of money to the government. With legal status, undocumented workers' wages would increase, and all of them would begin to comply with income tax protocols. Both of those would mean more money for the government, and exceed the increased spending on refundable tax credits and other federal benefits that would accompany legalization.

No matter how you cut it, undocumented immigrants are paying plenty in taxes. And the evidence suggests that allowing them to live here legally would be an effective way to have them pitch in even more.