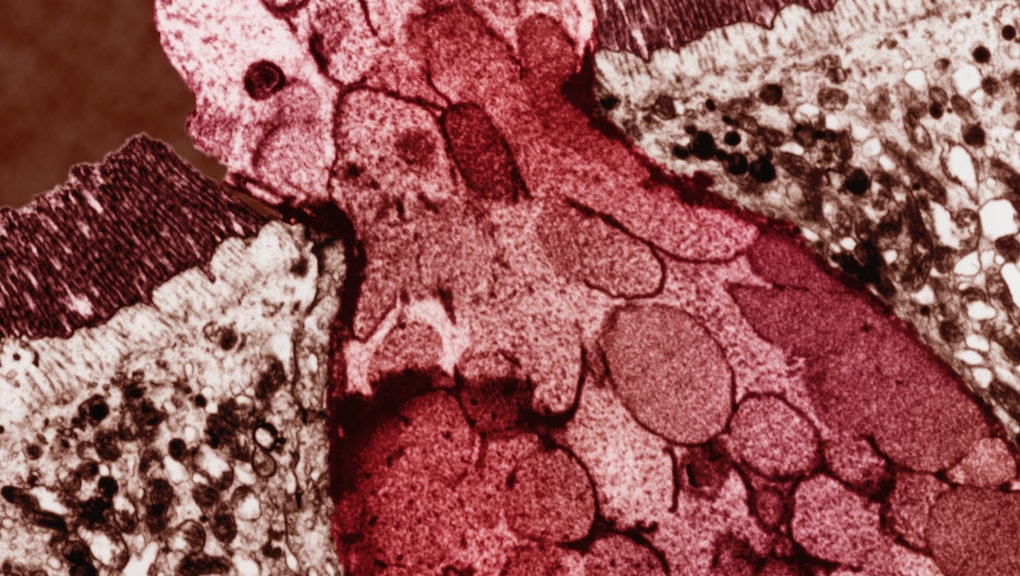 Researchers Are on the Way to Treating, or Even Curing, Cystic Fibrosis

Good news for people with cystic fibrosis: Scientists are trying to snip the disease right out of your genes.

Cystic fibrosis, a hereditary disorder that attacks your lungs and digestive system with a massive buildup of mucus, is one of the most frequent rare diseases.

We know that buildup is caused by a mutation in the body's cystic fibrosis transmembrane conductance regulator, which makes the body terrible at creating the protein it needs to move water and salt out of its cells — hence the gnarly buildup. And so far, there's no cure for the disease.

But after identifying a cystic fibrosis mutation called CFTR pF508del, the most frequent mutation that leads to cystic fibrosis, researchers from the Hospital Joan March in Spain published a study in Stem Cell Research and Therapy that describes a method for taking CF cells out of patients, editing the busted genes with molecular DNA-snippers called TALENs and then reinserting them back into the patient.

As the authors stated in the report, the method could correct the cells in less than three months.

Of course, the results, which the researchers say corrected the gene mutations they studied and could eventually be used in clinical trials, were only tested in isolated skin cells — ones derived from human foreskin cells — taken from cystic fibrosis patients.

The research has yet to reach human or even rodent trials. But the research shines a light on a huge benefit of genetically editing babies: Not creating Space Jam "Monstars"-esque physical anomalies, but fixing problem genes that could greatly improve the lives of their hosts.