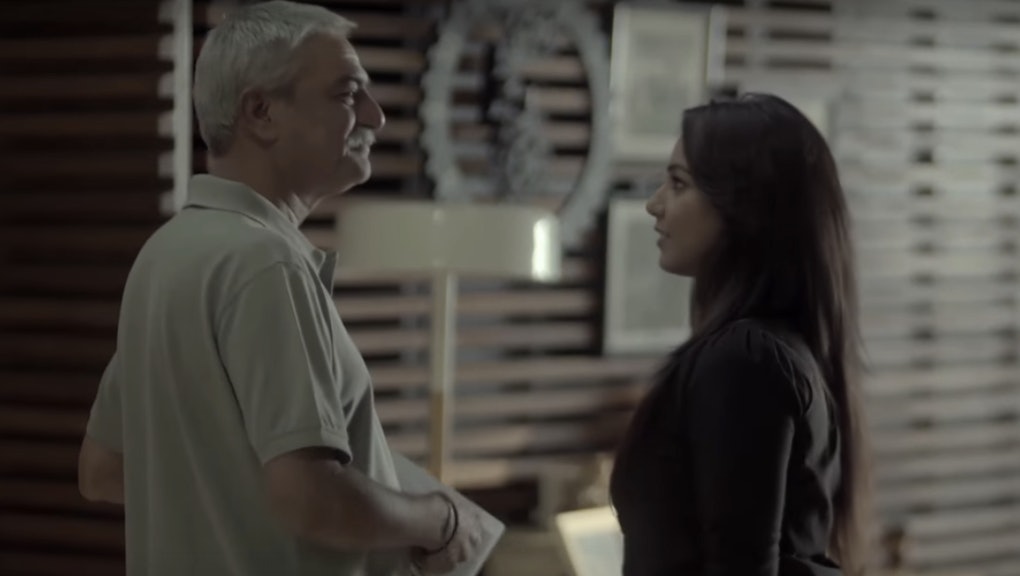 Even in 2016, certain gender roles and responsibilities are still largely taken for granted. While we no longer expect women to stay at home and take care of the kids, we still do expect them to assume the lion's share of the housework. In fact, a 2012 survey showed that eight out of 10 married women reported doing most of the household chores, versus only one in 10 men who report doing equal amounts as their wives.

A new commercial from Indian laundry detergent brand Ariel is seeking to close the housekeeping gap once and for all. As part of its campaign #ShareTheLoad, the company has released an ad in which a father apologizes to his grown daughter for teaching her retrograde gender stereotypes, including the fact that she should have to do all the housework in her family.

The commercial opens with the man's daughter on a business call. She apologizes profusely and runs around so she can clean her house, while her father plays with her young son. "My little baby girl. You're all grown up," the man says in a voiceover.

The woman's father then proceeds to apologize to her for teaching her that she should have to assume full responsibility for both her job and her household.

"I am so proud. And I am so sorry," he says. He then goes on to apologize for not teaching her that it was not just her job to take care of her house, but her husband's as well.

Toward the end of the video, it becomes clear that the man never helped his wife with the housework while their daughter was growing up, thus setting a bad example for her.

"What you saw, you learned," he says. "Your husband must have learned the same thing from his dad."

By the end of the clip, the man resolves to help his wife with chores and relieve her of her responsibilities. "All these years I've been wrong, it's time to set things right," he says.

Since it was released last week, the video has quickly gone viral, racking up millions of views. Sheryl Sandberg has also applauded the video, writing on Facebook that it was proof of "how stereotypes hurt all of us and are passed from generation to generation."

The video has clearly resonated in India, where many men cling to traditional and oppressive gender roles. In a 2014 survey, for instance, 66% of men said they had "a greater say than their wife/partner in the important decisions," with 60% also reporting that they had been violent towards their wives at some point in their marriage.

Yet the premise of the clip — a father realizing his role in perpetuating an endless cycle of gender inequality — has also resonated with people around the globe, in large part because women are still expected to perform the majority of household chores in the Western world. While Ariel India's commercial can't get men and women to break free of the cycle — pun intended — on its own, hopefully it'll inspire a few fathers to look at their daughters and vow to create a world where they will no longer have to do the laundry on their own.