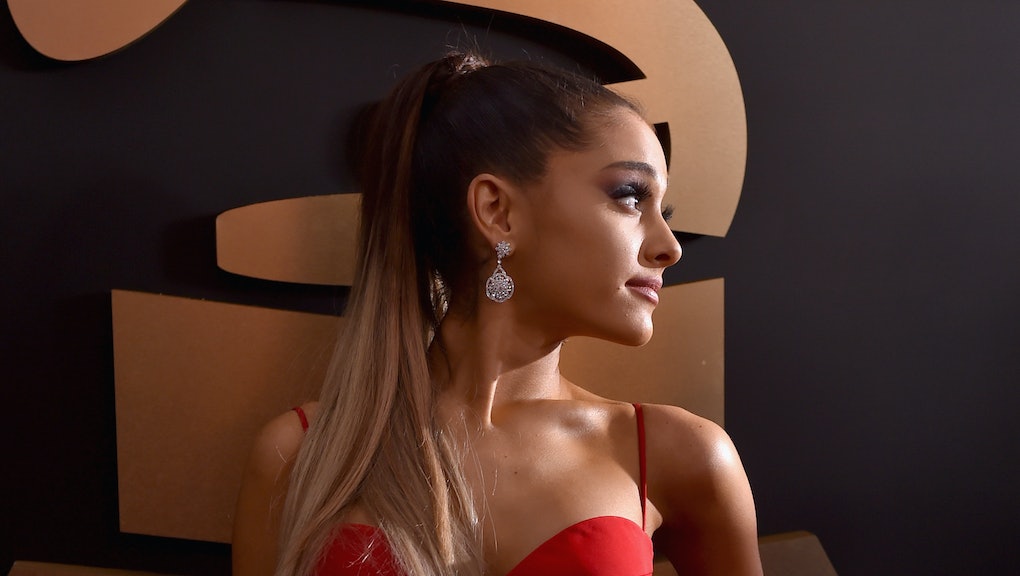 Ariana Grande left a voicemail on her brand-new website Thursday, alerting fans she was having a heart attack — but not before she takes the Saturday Night Live stage in March. Not only is she scheduled to perform on the show March 12, she'll be the host for the night as well — a feat only few performers choose to take on when gracing the SNL stage.

"I'm having a minor heart attack, and by minor I mean a major one," Grande said in a recorded message posted to Dangerous Woman. "I can't even." The news (and website) come as Grande is preparing her forthcoming album Dangerous Woman, due out later this year.

"I think what's even more exciting is that I'm going to be performing 'Dangerous Woman,' which is the title track of my album and 'Be Alright.'" Grande continued. "So, I'm getting ready, I'm in rehearsals now and I can't wait for you guys to hear and see everything!"

Grande has been using social media to promote Dangerous Woman quite successfully, teasing fans with a splice of "Be Alright" — the second track she'll perform from the album on Saturday Night Live — on her Snapchat channel, playing only about 10 seconds, which already sounds like a club anthem in the works.

As news of her SNL announcement and Dangerous Woman website broke, the Arianators went wild, of course: