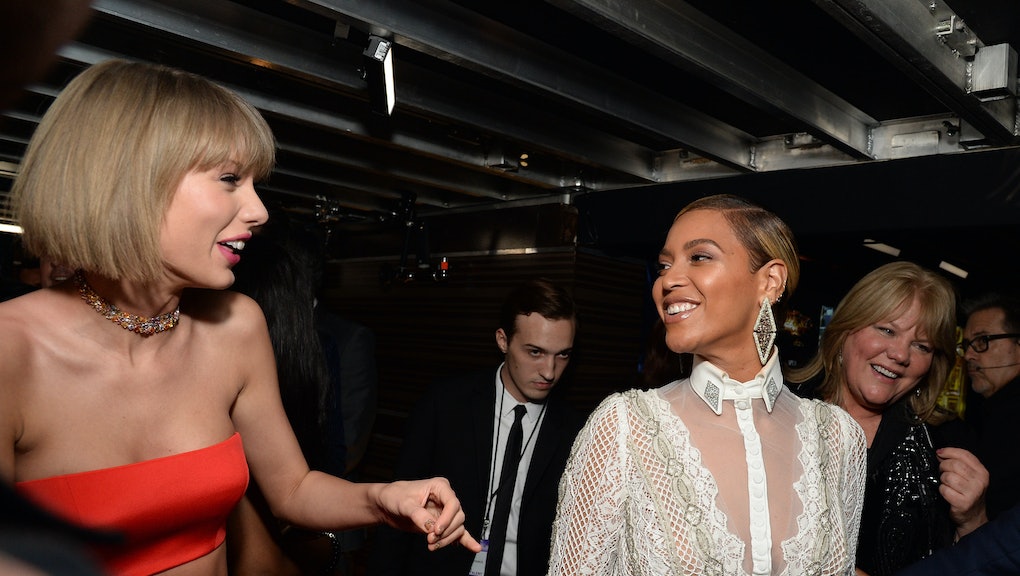 Musicians covering their favorite songs is nothing new. Some artists have entire albums of covers. Covers can be homages to our favorite artists; they can be inspiring and even offer new insights into the beauty of a particular song.

However, these covers appear to do neither. After an acoustic cover of Rihanna's "Work" stripped the song of its rhythm in favor of showboating vocal prowess, a few people have decided that Beyoncé deserves some updating.

A fascinating compilation of white men, perhaps upset by the blackest Black History Month, have decided to take Beyoncé's anthemic "Formation," slow it down and make it totally chill with a little acoustic guitar or piano.

The first offense comes from this guy, who says "negro" in a very weird way, probably to mask the fact that he shouldn't be talking about black heritage.

This commenter has the right idea. "Please proceed to take this down," they wrote. "Thank you."

And that's just one of many that have popped up online in the last few days.

Not one to take these offenses lying down, Black Twitter responded late Thursday night with trap covers of beloved songs by white artists. Snares, synthesizers and 808 drums are hallmarks of trap music, around since the 1990s but recently brought to the mainstream by artists like Fetty Wap.

Trap covers, like acoustic covers, are nothing new. But that they're trending the same week that covers of Rihanna's "Work" and Beyoncé's "Formation" have garnered criticism sheds light on a larger conversation about which songs can be covered and what's respectful when it comes to covers.

Yes, people are free to make any music they want, but with such a clearly pro-black anthem that includes lyrics such as "I love my negro nose with Jackson 5 nostrils," should everyone be covering the song?

Beyoncé's new song may be a hard, black pill to swallow. But maybe Saturday Night Live's Bobby Moynihan said it best in the show's "The Day Beyoncé Turned Black" skit, "Maybe the song isn't for us."