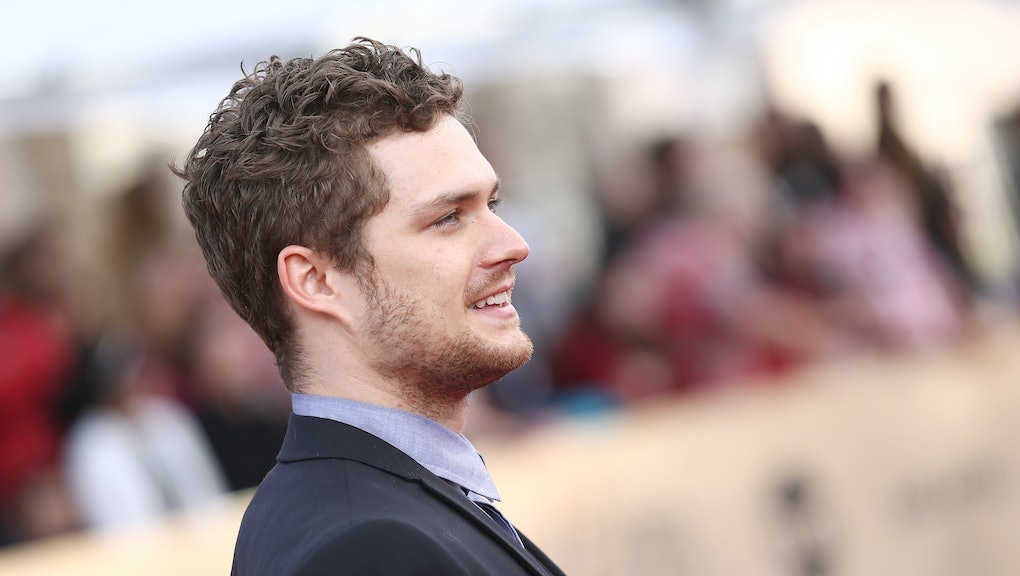 And the Role of Iron Fist, Marvel's Kung Fu Superhero, Goes to... A White Guy!

When fans imagined who might play the title role in Marvel's forthcoming Netflix series Iron Fist, they had some fresh ideas. While Iron Fist is white in the comics, many fans hoped the superhero, a master of martial arts with a problematic history, would be played by an Asian American actor.

But on Thursday, those hopes were dashed when Entertainment Weekly reported white Game of Thrones actor Finn Jones got the job.

In December, Andrew Wheeler of Comics Alliance wrote that the comic's premise is "born out of the martial arts movie craze of the 1970s" and based in numerous Asian tropes that many believe to be offensive; casting an actor of any other race, he argued, would pose problems:

Iron Fist is an Orientalist fantasy of a white American whose father 'discovers' a mystical and otherworldly Asian city. The young Danny Rand is raised to become a master martial artist, and fights a dragon to become a super-powered champion.

The internet as a whole was quick to sound off on the choice, but Asian American voices came to the forefront as they expressed their particular disappointment:

Author Marjorie Liu, who has penned multiple books for Marvel, tweeted that with a white actor, Iron Fist becomes an offensive character given the nature of the comic:

While this may be a step in the wrong direction for Marvel Comics, the franchise has made a push for more diversity in recent months. In September, Marvel announced its first Native American superhero, Red Wolf, was getting his own series, and a few months earlier the franchise confirmed that — just as fans had suspected — one of the original X-Men is gay.

Still, some comic geeks made it clear they won't stand by and see Iron Fist snubbed:

And for anyone who thought the collective outrage unwarranted, there was this compelling bit of context: