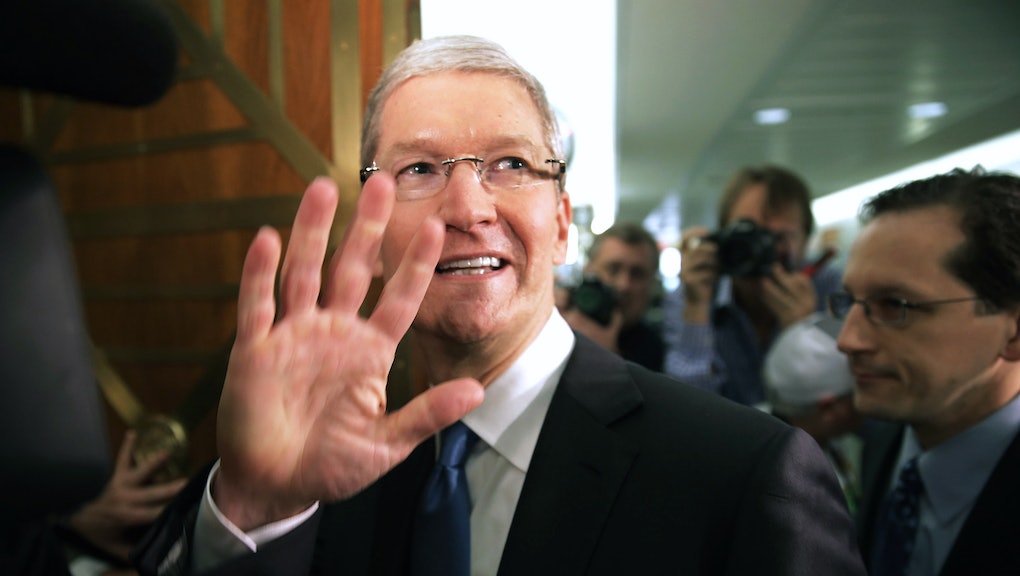 Amidst its battle with the FBI, Apple just nabbed a fresh new employee — not someone to slim down the next iPhone, or make the Apple Watch a device worth buying, but a security engineer named Frederic Jacobs who helped make a little-known app called Signal.

Signal is an encrypted messaging app from a company called Open Whisper Systems. It's not as widely known or popular like similar encrypted communications apps such as Telegram, but it's the beloved choice of privacy advocates and the cryptography community. Most notoriously, Signal won the repeated and glowing endorsement of Edward Snowden.

It's a stellar hire, but it's also a grand gesture to the public, the FBI and foreign nations, in Apple's PR war against the United States government.

No middle ground: Many people frame the Apple vs. FBI fiasco — wherein the FBI wants Apple to help the FBI get into the phone of Syed Rizwan Farook, of one of the San Bernardino shooters — as an opportunity to take sides in a battle. But politicians and the FBI made it clear long before the San Bernardino case that they just want a compromise that allows for the execution of law enforcement responsibilities.

Apple not only seems uninterested in complying with the government, but seems like it is deliberately working against providing an avenue for police and the FBI to carry out legitimate warrants and searches. Apple is reportedly working on measures to make it even harder to get into an iPhone, regardless of the fact that the U.S. government already can't.

But Apple is portraying its stance against the government as a heroic defense of its customers from oppression.

"For all of those people who want to have a voice but they're afraid, we are standing up, and we are standing up for our customers because protecting them we view as our job," Apple CEO Tim Cook told ABC News.

But poll after poll show the American people still siding with the FBI.