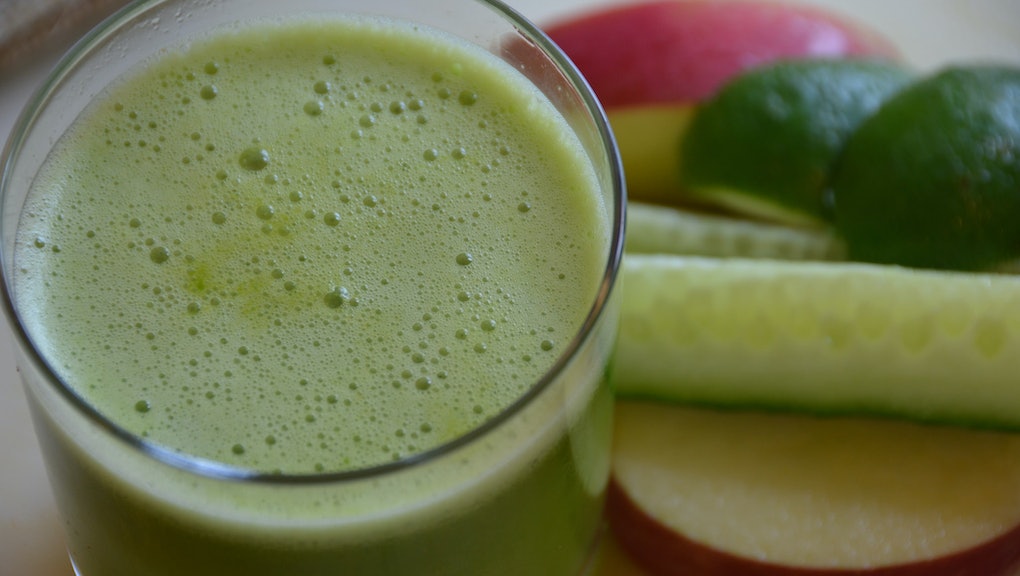 What Are the Benefits of a Juice Cleanse? Experts Say They May Do More Harm Than Good

The extreme practice of only drinking juice as a means of getting those daily seven servings of produce has gotten its fair (and somewhat deserved) share of criticism for being unsustainable and not scientifically supported. These chew-free diets have already been debunked for weight loss, detoxification and other health claims, which begs the question of why or how they remain popular — like $100 million a year popular —according to the Los Angeles Times.

"If someone goes on a juice cleanse as the first step in making diet and lifestyle improvements, that can be a life-changer," nutritionist Rochelle Sirota told Mic. "If the juice cleanser is looking for a quick fix, then is is quite possible that not much good will come of it."

Read more: Do Juice Cleanses Make You Lose Weight? Yes — But Here's Why You May Want to Avoid Them

For some, embarking on a juice cleanse can be beneficial in jump-starting a healthier lifestyle, as long as the cleanser pays close attention to the quality of the juices, any signals from the body and making a slow adjustment back to solid foods, Sirota said.

"One of the biggest benefits I found from completing my cleanse was that it motivated me to stay on a healthy path for weeks afterward," reality star Lauren Conrad wrote post-juice cleanse on her website. "Mentally, I was so rejuvenated by the 3 days I spent cleansing that the last thing I wanted to do was throw it all away."

On-the-go people choose juicing as a way to get their nutrients in a hot — or actually, cold — second, the Los Angeles Times reported.

The types of juice cleanses vary, but some cleanses can contain only around 1,200 calories a day with high amounts of sugar, according to the New York Times. This can leave cleansers feeling irritable and hungry. Judith Newman of the New York Times wrote that this is the "glorious circular logic" of the juice cleanse, since feeling this way means your body was "supertoxic."

The popular Master Cleanse is a 10-day restrictive diet of lemon juice, cayenne pepper, maple syrup and no solid food. If you want to be on a juice cleanse despite all logic and scientific evidence finding their benefits wanting, the best juice cleanse options are the ones that include (surprise) solid foods like nuts and occasional snacks, since sticking only to juice lacks the calories and other nutrients that the body needs, according to Buzzfeed.