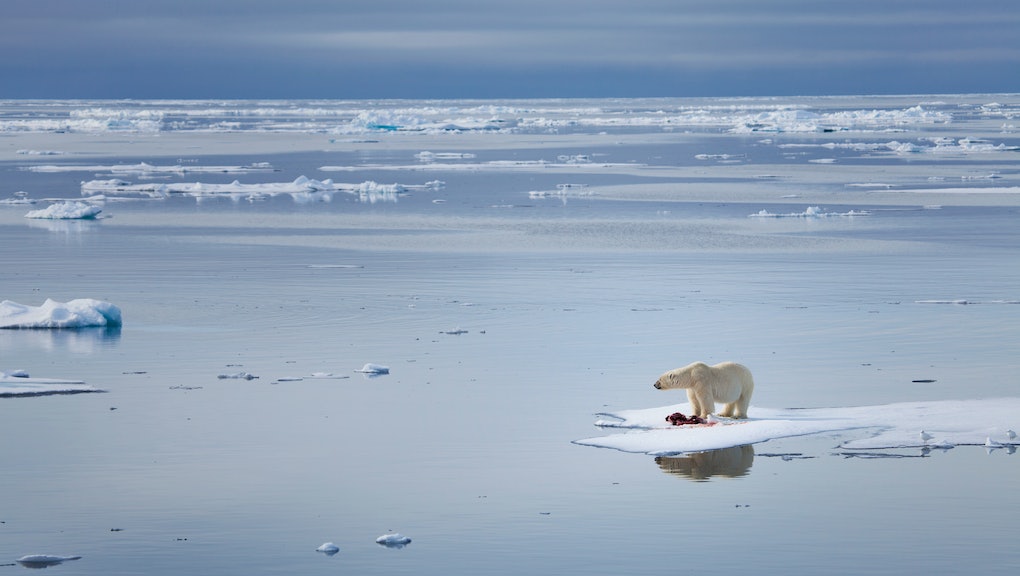 New research claims that if we don't cut greenhouse gas emissions by almost half, our planet is doomed.

A new study published in Nature Climate Change concluded that in order to keep our global average temperature from rising 2 degrees Celsius — the limit climate scientists agree is the point of no return for mitigating the risks of climate change — then humankind would need to keep its future greenhouse gas emissions down to 590 to 1,240 billion tons of carbon dioxide. According to the study, the previous range of the safe zone went as high as 2,390 billion tons — almost twice that of the new estimate.

"In order to have a reasonable chance of keeping global warming below 2 degrees Celsius, we can only emit a certain amount of carbon dioxide, ever. That's our carbon budget," said International Institute for Applied Systems Analysis researcher Joeri Rogelj, who led the study, according to an IIASA news release. "This has been known for about a decade and the physics behind this concept are well-understood, but many different factors can lead to carbon budgets that are either slightly smaller or slightly larger. We wanted to understand these differences, and provide clarity on the issue for policymakers and the public."

According to Rogelj, the new study shows researchers have been overestimating the carbon budget by, in some cases, more than 200%. To figure out how there can be such a massive disparity in the estimates — a difference of as much as 1,000 billion tons of carbon dioxide — the team at IIASA looked into things like the release of methane into the atmosphere. The most ambiguous aspect of previous studies was how badly human beings are messing up the planet. It's no surprise that the answer is, well, a lot.

But there's good news, though it's not much: Now that our influence on our planet's future is backed up with alarming statistics, we can better address our fossil fuel use. All we have to do is convince the global titans of industry to stop being so damn industrious. We're sure that'll go over well.