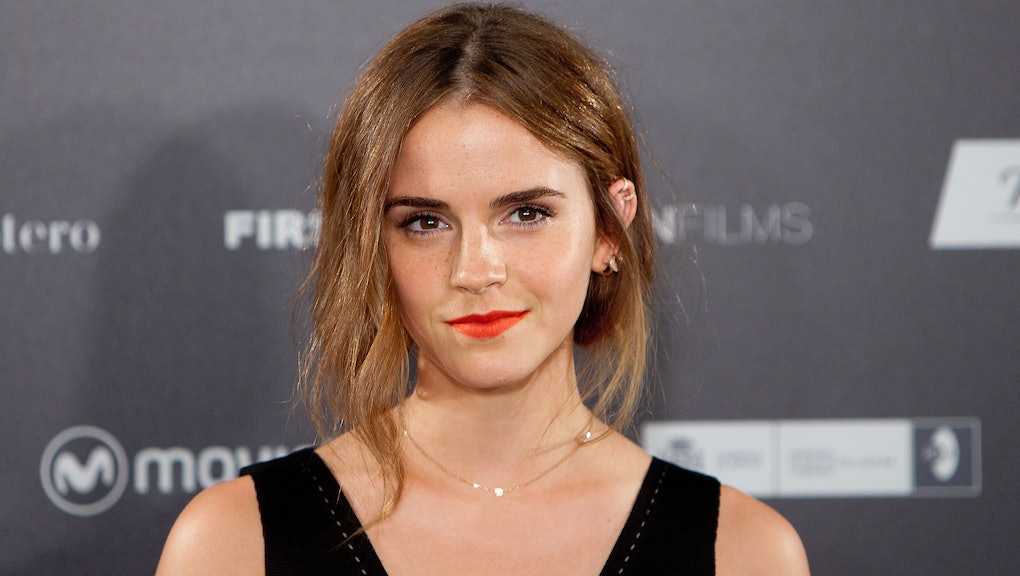 Days after announcing plans to take a break from acting and focus on feminism, Emma Watson is already making a play at promoting gender equality full-time — and she's starting by talking about female sexual pleasure.

During a sit-down with feminist icon Gloria Steinem on Wednesday, the 25-year-old Harry Potter star revealed she uses the adult subscription site OMGYes, a $29 website dedicated to helping women and their partners understand female sexuality.

"A friend told me about this website called OMGYes, which is dedicated to female sexuality," Watson said. "I wish it had been around longer. Definitely check it out. It's an expensive subscription but it's worth it."

That's exactly the sort of feedback the founders of OMGYes were hoping for when they launched the site, which teaches various techniques to improve users' sex lives. It includes a "touchable simulation" touch-screen feature that lets subscribers test their new knowledge on an image before they try anything IRL. As OMGYes cofounder Rob Perkins told Mic previously, the site provides practical applications for existing scientific research on human sexuality, essentially providing a user manual for the female orgasm.

"We're experiencing something of a hangover from our previous generation, where it's still hard for people to see women as sexual beings on their own," OMGYes co-founder Lydia Daniller said. "It's fairly new that women are seen as having their own desires."

Having an actress like Watson endorse OMGYes is, of course, a major boon for the site itself, which has been dedicated to including real women in conversations about closing the orgasm gap. But it's also a significant step toward talking openly about female desire — and, eventually, achieving sexual equality.

By giving even a brief nod to the importance of sexual pleasure in her own life, Watson has signaled that it's OK for women to be taking account of their own desires and, more importantly, taking charge to fulfill them.

As Watson herself has noted before, all steps toward gender equality eventually add up, no matter how big or small. Treating women's orgasms as if they're some mysterious, elusive phenomena plays into larger double-standards that hold women back, much like other forms of benevolent sexism that Watson has called out in the past. As she made clear with one quick mention of pleasure as a mundane, but nonetheless important, part of life, one of the best ways to fight back might just be getting off.