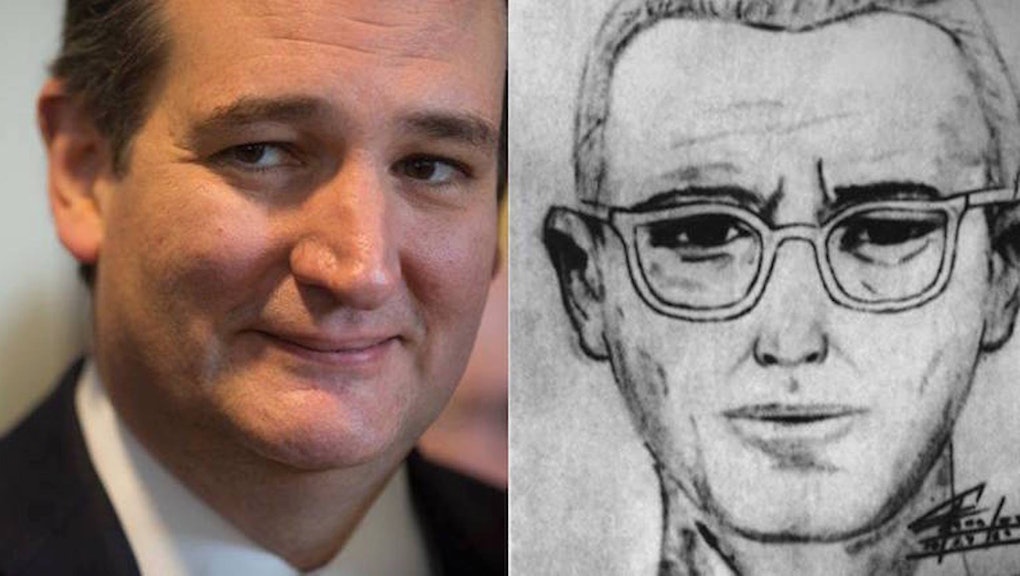 Is Ted Cruz the Zodiac Killer?

It's a question that's been circulating among conspiracy theories for months — but now the bizarre conviction seems to be taking over the mainstream. A new survey from Public Policy Polling is showing just how widespread the belief has become.

In Florida, PPP found that 10% of voters believed Cruz to be the famous serial killer while 28% of voters were "not sure." Taken as a whole, that's nearly 4 in 10 Floridians who were at least open to the possibility.

Read more: Everything That You Wanted to Know About Ted Cruz but Were Afraid to Ask

The results are one possible explanation why the Texas senator's poll numbers in the Sunshine State remain far below those of his chief rivals, Marco Rubio and Donald Trump.

The Zodiac Killer, who murdered at least five people in Northern California and potentially dozens more during the late 1960s, was never caught. The killer fascinated people for the threatening encrypted letters he sent to newspapers for a decade, both making threats and hinting at his identity.

Over the years, many suspects have been suggested but nothing has ever been definitively proven. (For his part, Ted Cruz was never listed as a suspect.) Today, many of the original murders remain open cases.

Online, people have pointed to similarities, such as the rearranging of the symbols in a cryptic note the killer sent police in 1969. In addition, e-detectives cite the words in Cruz merchandise which if rearranged (very creatively) can spell "True Zodiac."

The polling firm, known for posing especially unique questions, added the question at the behest of one Twitter user.

To the delight of conspiracy theorists everywhere, PPP followed through, sparking a new (tongue-in-cheek) conversation.

Unfortunately for sleuths everywhere, Cruz was born in Canada in the 1970s, a full two years after the murders began.