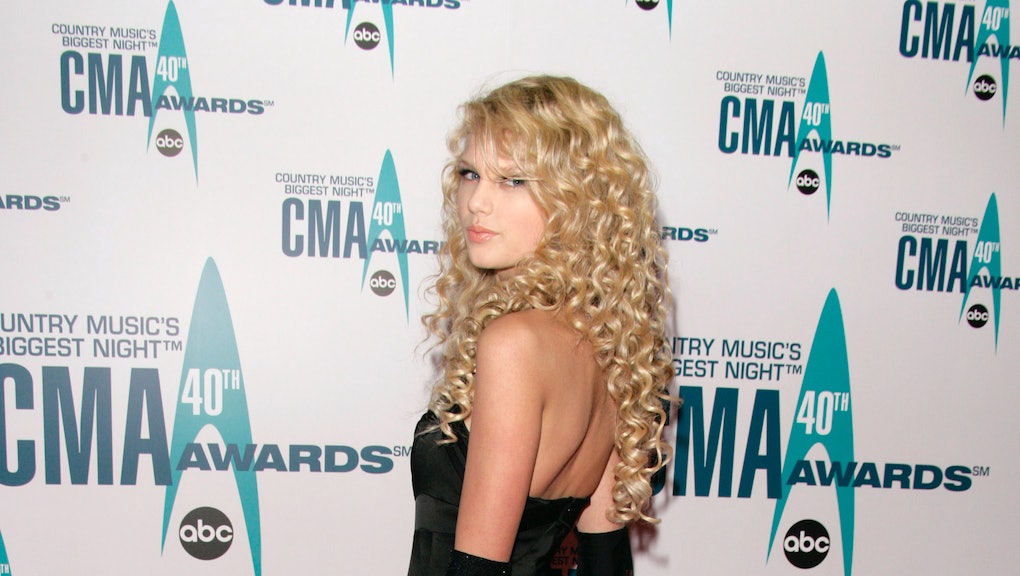 Taylor Swift is no stranger to transformations. The talented singer began her career with blissful country hits at just 16 years old. Now, at 26, she's made the full turn to a pop star, with the accolades to prove it. Her latest album, 1989, just claimed the most coveted award in the industry, album of the year, at the 2016 Grammy Awards.

Similarly, Swift has made transformations to her hair — a reflection of the different, yet equally important stages of her career. Album by album, here are the looks that defined her.

Read more: Taylor Swift's Performance Proves She Isn't Over Her Peak Yet

"During this era, her cowboy boots were ubiquitous, popping up everywhere from red carpets to performances," Jessie Peterson wrote for MTV in 2014.

"Meet badass Taylor," Jen Abidor wrote for Beamly last year, in reference to her music video for "Picture to Burn". "You can tell because her perfect curls are now in a side pony and she's wearing hoop earrings. Oh, and she's perfect."

"Speak Now is, it seems, Taylor's style game-changer," Peterson wrote for MTV. "The Taylor we recognize now is starting to emerge. She, for example, discovers red lipstick and retro silhouettes."

"Swift goes for a mature look with blunt bangs and soft waves combined with her signature smoky eye and nude lip,"  according to Harpers Bazaar.

"I was planning it for six months," Swift said about her short hair in an interview with InStyle. "I was like, I'm doing it. I'm cutting my hair. I'm changing my hair for the first time ever."

It remains to be seen how Swift's hair will change next. She's already cut it off, and if any criticisms come of new hairstyles, we have no doubts she'll just shake it off.