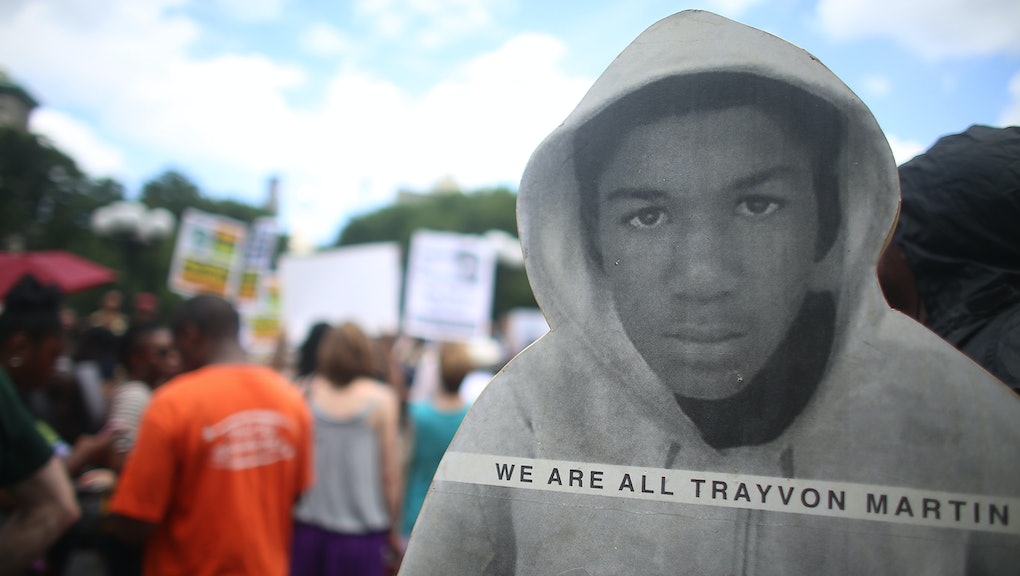 On the Fourth Anniversary of Trayvon Martin's Death, Twitter Remembers the Slain Teen

Four years ago Friday, Trayvon Martin was killed by neighborhood watch volunteer George Zimmerman in Sanford, Florida. For the second time in February, Twitter has remembered Martin and his legacy. The first time, on Feb. 5, was to honor what would have been his 21st birthday.

Martin's death, along with those of Eric Garner and Mike Brown, spurred the Black Lives Matter movement in the United States. The killing and subsequent trial spurred national protests. And since then, structural racism, police brutality and breakdowns in the criminal justice system have dominated presidential politics and even primetime TV.

In 2013, a jury acquitted Zimmerman of charges of manslaughter and second-degree murder. The U.S. Department of Justice decided not to file civil charges in the death.