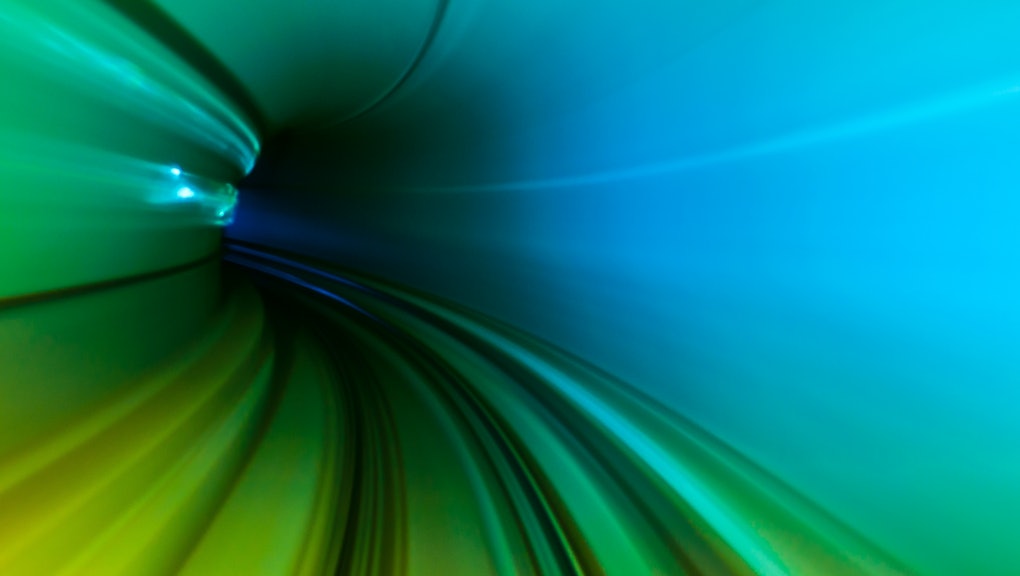 Thread, the Wi-Fi of the Future, Is How Your Fridge Will Talk to Your Lightbulb

One day, you'll unlock your home, and your lock will tell the lights to turn on. The heating system will sense the weather outside and adjust to your favorite temperature, and your thermostat will tell your window's blinds to rise.

Phones speak to laptops using languages (or "protocols") like Wi-Fi and Bluetooth. So what is the protocol that your window blinds will use to tell your lightbulbs they're not needed?

If Google and its corporate friends have their way, it'll be Thread.

Thread is a low-battery, lightweight radio protocol developed by a consortium of top tech corporations to link together all of the smart devices of the future. Thread's creators want it to be installed on every microcontroller on every processor in smart homes and cities. Thread might already be on a device you own, even if you don't know it.

My lightbulb is in a coma. It used to be a smart lightbulb; I could turn it off and on from hundreds of miles away, adjust its brightness and set it to turn on when I unlocked my door. Then the hub that linked those devices together went defunct. It had to be recalled by the company that made it, an early casualty in the developing internet-of-things industry. Now, my lightbulb is just a lightbulb.

This is the Achilles' heel of what's called a "hub and spoke" model, where all of the smart devices in a house connect to a central hub that allows them to communicate. Instead, Thread links devices together in a "self-healing" mesh network. If the hub — in Thread's case, that'd be a device called a border router — fails, the devices will still maintain their connections to one another.

But so far, there are a lot of hubs competing to become the lingua franca for connected devices. There's the SmartThings hub, the Wink Hub, the Link Hub — lots of products in an arms race, but few single, binding solutions.

Tony Fadell, the founder of Nest Labs (a subsidiary of Alphabet), told Mic that it's vital to avert the kind of chaos we saw in the late '90s as companies scrambled to develop a wireless standard.

"It was until someone said, 'We're going to make a lingua franca for Wi-Fi, and we're going to get behind that and support it,' that it actually happened," Fadell told Mic.

It's an arms race: Eventually, there will have to be one standard to rule them all, the same way Wi-Fi is the accepted mode of communication between routers, phones and CDs. And there currently a battle between a dozen protocols to be the one holistic language for all internet-connected devices.

There are familiar names like Bluetooth and Wi-Fi, and then there are the names you'll never hear again if Thread has its way. Have you heard of, say, Z-Wave and ZigBee? No? That's fine — you'll probably never hear of them again.

But Thread has one thing the others don't: the Thread consortium, its biggest asset in the protocol battle royale.

Thread was started by a collaboration of seven tech-industrial titans, including Google, Samsung and NXP. Since then, it's grown to 220 member companies that are organized into various committees dedicated to Thread's development.

"It takes companies with the guts and the foresight to understand what it really means to have cooperation and competition," Fadell told Mic. "We can't have these walled gardens, like, 'Should your phone or should your home be just one platform or not? Should it only be iOS? Should it only be Android?' We think that's the wrong answer."

"Millions" of devices by Google's Nest, already on the market and in homes, have an early version of Thread installed, and their owners have no idea.

Thread also benefits from being a bit of a Trojan horse. Thread communicates through 802.15.4 radios, and any device with the ability to transmit can be linked together with Thread, with updates spreading through the mesh network. NXP's Sujata Neidig, a representative of the consortium, told Mic that "millions" of devices by Google's Nest, already on the market and in homes, have an early version of Thread installed, and their owners have no idea.

And in the next few months — the second quarter of this year, to be precise — the first fully Thread-ready devices will hit the market, ready for the network to come alive.

"These things are happening. The consumers aren't seeing them yet because it's not time to market them yet," Tony Fadell told Mic. "But it's happening."