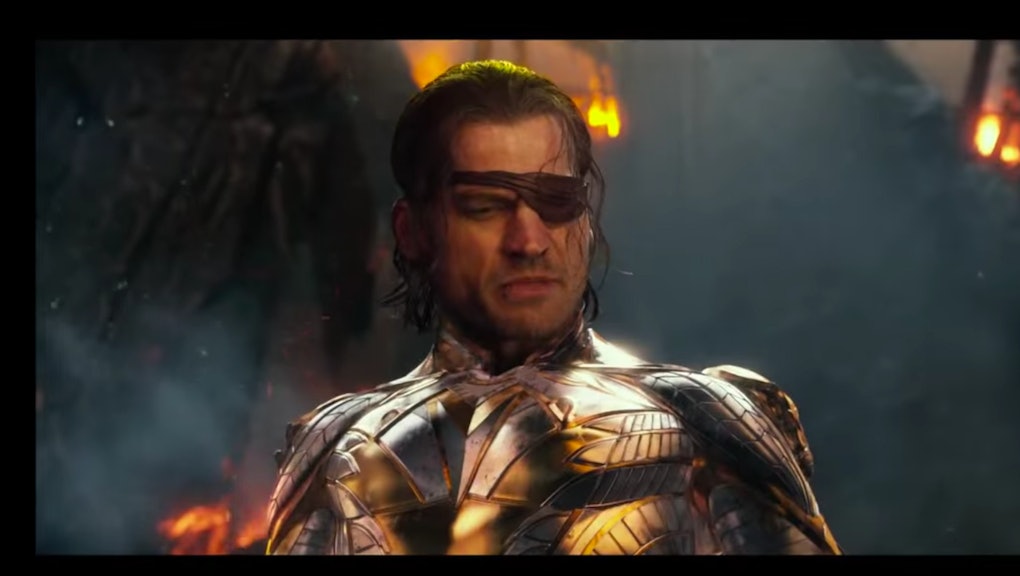 The 'Gods of Egypt' Reviews Are In, and the Whitewashing Hasn't Gone Unnoticed

If you plan on going to the movie theaters this weekend, and you simply can't do anything else, just go watch Deadpool again. Its biggest competitor this week certainly has big-name recognition, but for none of the right reasons. Gods of Egypt is, in so many ways, the embodiment of the whitewashing in Hollywood that still persists — and it's only fitting that the fantasy epic was released the same weekend as the upcoming Oscars and its own corresponding controversies.

After Gods of Egypt's initial trailer release back in November, the director and the entertainment studio that produced the film, Lionsgate Entertainment, had to apologize for the nearly all-white cast for a movie set in a fantastical version of ancient Egypt, one in which gods walked among people against a backdrop of golden palaces (Basically, Trump Tower on steroids). Unsurprisingly, the concerns were justified, and Gods of Egypt is just as bad as many expected.

Read more: The Director of 'Gods of Egypt' Just Apologized for the Movie's All-White Cast

The film's plot centers around the Egyptian gods of lore, who have distinct qualities that make them stand apart from humans. They can live for a long time, they can transform into confusingly formed CGI creatures and they are significantly taller than normal people (they use this awkward effect in the trailer).

It's a combination Vox's Peter Suderman described as a cross "between superheroes and Transformers, but without as much franchise potential." And apparently, they're also all white people.

"Oh and yes, this is another #OsirisSoWhite version of history, in which ancient Egypt is mostly populated by Anglo-Saxons," Stephen Witty wrote in his review for the New York Daily News. "The only dark-skinned god is a prancing poser who seems to be auditioning for 'RuPaul's Drag Race.'"

This disparity — even so far with the extras — didn't go unnoticed on Twitter, either.

However, if you ask one of the leads of Gods of Egypt, Nikolaj Coster-Waldau (best known as Jaime Lannister on Game of Thrones), the criticism isn't warranted. Rather, because he is playing a god, Horus, he believes it doesn't matter that he is white.

"A lot of people are getting really worked up online about the fact that I'm a white actor," Coster-Waldau said, in an interview with the Red Bulletin. "I'm not even playing an Egyptian; I'm an 8-foot-tall god who turns into a falcon. A part of me just wants to freak out, but then I think, 'There's nothing you can do about it.' You can't win in that sort of discussion."

Whether or not Coster-Waldau is justified with his viewpoint, it doesn't detract from the undeniable fact that the film is terrible. It goes much beyond the obvious whitewashing, but the production as a whole.

"It is bad in practically every way it could be bad, from concept to execution, from imagery to acting," Suderman wrote for Vox. "It is a movie with essentially no redeeming qualities — the epitome of everything wrong with big-budget moviemaking today."

The film has struggled mightily in the box office as a result. According to the Hollywood Reporter, it might earn as little as $12 million over the weekend — a huge flop considering its $140 million production budget. Though again, for the Twitterverse, that's not a bad thing.

Ultimately, it appears Gods of Egypt is poised to be a massive flop, likely making it the first big financial casualty among the 2016 blockbusters. With the backlash from fans and critics alike, it could serve as a lesson not only for director Alex Proyas, but for the industry as a whole. This year more than most, Hollywood's been reminded that it needs to expand its diversity, and this CGI trainwreck truly encompasses the near-universal hatred shared about the industry's current, unimaginative trends.

For the final nail in Gods of Egypt's coffin (or more appropriately tomb), we turn to Variety's Justin Chang.

"With its burnt-yellow cinematography, its excessively gilded production design, and its blinding flashes of sunlight, Gods of Egypt at times doesn't suggest a movie so much as a giant cinematic tanning salon — all the better, perhaps, to darken the pearlescent skin tones of most of the actors on display."