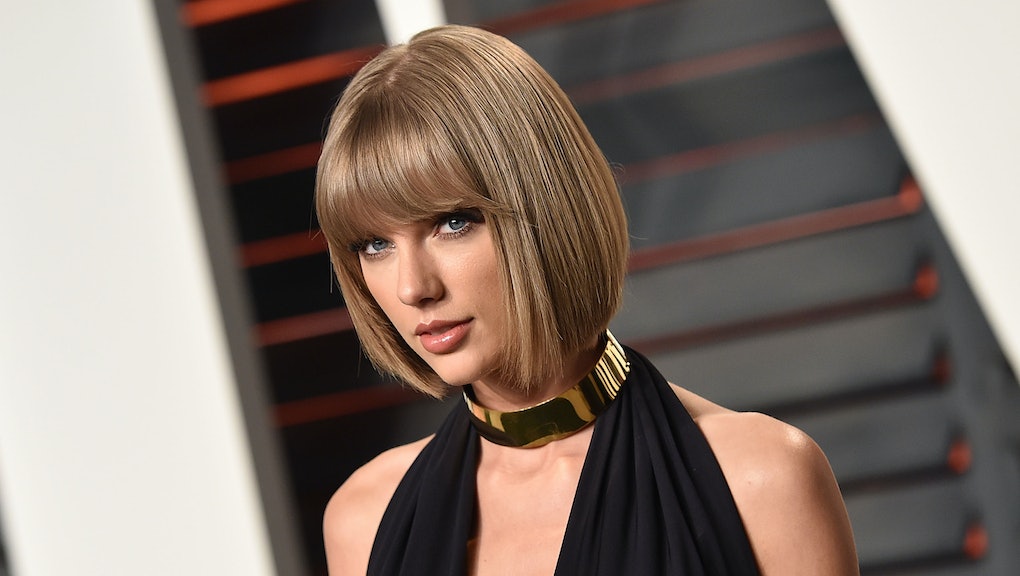 Five albums in, it now goes without saying: Taylor Swift likes to tuck in hidden messages into her songs. The country-turned-pop artist throws in a lot of personal details into her song lyrics, though not explicitly enough that every single track is immediately deciphered.

However, some of her songs are easy enough to pinpoint to specific people in her life — and sometimes, specific moments with them. Let's break it down.

The song's lyrics makes a direct reference to autumn ("The autumn leaves falling down like pieces into place"), which coincides with her previous relationship with Jake Gyllenhaal. In fact, the one-time couple have a well known paparazzi shot from People, in which the two are sipping maple lattes — an autumn staple.

"There are references to a 'scarf from that very first week' that the ex never returned when he sent back her other stuff, and of course Swift was first photographed by paparazzi walking the streets of New York with Jake wearing a scarf, in a walking clinch that almost looked like a sweet recreation of the cover of The Freewheelin' of Bob Dylan," Chris Willman wrote for Rolling Stone.

For the titles of the songs, and the corresponding lowercase letters in the lyrics, the Grammy-winning 1989 paints a simple, but eloquent message. According to the Guardian:

"Welcome to New York" — We begin our story in New York.

It started as a "perfect night to dress up like hipsters" and by the end of "22," it's quite apparent that Swift and her friends are celebrating — you guessed it — a birthday party. Who are the 22nd birthday attendants? It's not hard to speculate that it's members of her crew, according to Billboard: Ashley Avignone, Dianna Agron, Claire Kislinger and of course, Selena Gomez.

The opening track of Swift's fourth studio album, Red, is laced with its clues of a former lover, and all signs point to — once again — Gyllenhaal. Aside from the near-obvious references to New York City ("traffic lights, busy streets and busy lives"), there's a simple, but apparent cue to the physical appearance of the former couple.

There are a lot of heavy vibes in this song that point to former love interest Conor Kennedy — the grandson of the late Robert F. Kennedy — with the most obvious being in relation to the lyrics "I will follow you, follow you home." In 2012, Swift purportedly bought a mansion near his family's compound on Hyannis Port, Massachusetts. "Also, 'this slope is treacherous' could be about the beach path; Cape Cod is a little rocky," Amanda Dobbins wrote for Vulture.

It's an obvious tribute, but it's also one worth noting. While some of Swift's songs are centered around a former love interest — it's just part of her rhetoric — "The Best Day" highlights the most important person in her life: her mother, Andrea Swift. "Use this as evidence any time a hater claims Swift just writes about guys," Erin Strecker wrote for Billboard. "Just watch the video and try not to cry." OK, we'll give it a shot, but no promises.