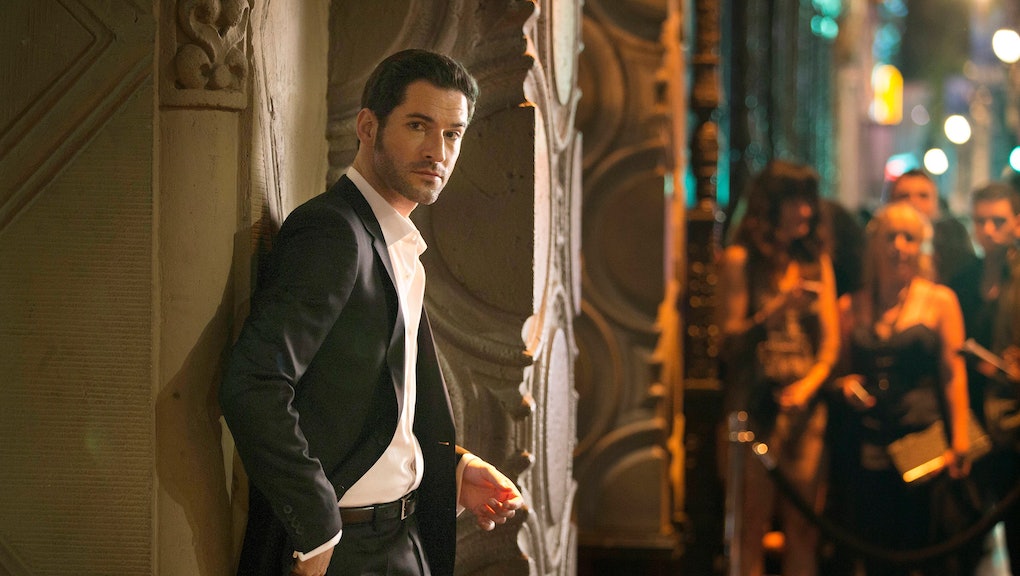 One of the main characteristics of Satan is that he is a tempter — but he's proving a bit too tempting for at least one watchdog group.

Calling the Fox show Lucifer "spiritually dangerous," One Million Moms, which currently has less than 85,000 likes on Facebook, requested that its membership call advertisers to cease putting their ad dollars behind the show, which they claimed "makes being the devil look cool and irresistible to women."

Objectively, we can see why they might have a problem with Lucifer, whose titular character is played by the sexy-as-hell Tom Ellis.

Because Lucifer portrays its lead character as smoldering and brooding, the petition claims the show makes people " rethink assumptions about good and evil, including about God and Satan."

The program included graphic acts of violence, a nightclub featuring scantily-clad women, and a demon. The message of the show is clear. Lucifer is just misunderstood. He doesn't want to be a bad guy, it's God who is forcing him to play that role.

One Million Moms should probably crack open a Bible some time soon, given that Satan himself is usually credited as being the handsomest angel. Like in Ezekiel Chapter 28, "Your heart was lifted up because of your beauty; You corrupted your wisdom by reason of your splendor. I cast you to the ground; I put you before kings, That they may see you."

And, hey, objectively, a lot of depictions of Satan show the fallen angel to be pretty ripped.

And look at this Satan, who is basically sliding into our collective DMs right now.

You've probably heard of One Million Moms before: Prior to their efforts to misinterpret the Bible and prove that Satan was a butterface, they rallied against JCPenney for featuring out lesbian Ellen DeGeneres in a commercial. They also put a lot of effort into letting DC Comics know they weren't happy when superhero Green Lantern came out of the closet.