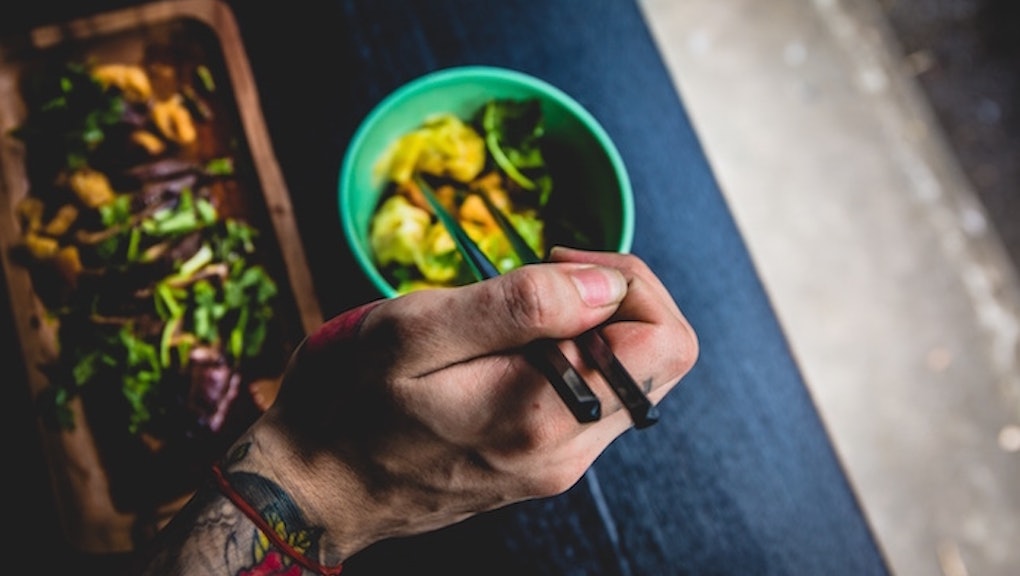 Most hipsters have probably moved on from the juice cleanses and tofu diets their beanie-and-a-beard communities made so wildly trendy in recent years — they're all way too mainstream by this point. Brooklynites and Bohemians may want to revisit the fads they've made so cool for their Tumblr followers, however, as it turns out they might have been onto something.

That isn't to say all hipster foods are worth the exorbitant prices they run for in co-ops and markets, however. When comparing the nutritional facts in a serving of typical foods like brown rice and their trendy counterparts like chia, some win and some lose.

Read more: Why Weight Loss Tea Is the Biggest Scam on Instagram

How the hipsters stack up with tradition. It becomes clear, when looking at the various vitamins and nutrients, which hipster foods are just phony marketing scams and which are, in fact, packed with nutritional value. Though hemp-wearing digital nomads praise the heavens above for their monthly açaí cleanses, it turns out a good ole glass of orange juice will give you a whole lot more nutrients, with a lot less sugar, according to the United States Department of Agriculture's national nutrient database.

Check out how some of the latest fad foods compare in nutritional value to the classics below, with nutritional data provided by said database, the Institute of Medicine dietary reference tables, GT's original kombucha, Silk almond milk and Mayo Clinic. Note that, while the charts show what you want less of, most of these are essential nutrients which are critical in maintaining metabolic health — as the number one life motto goes, however, "never have too much of one thing."

Kombucha, the bubbly health drink that's become quite an expensive purchase to accompany the usual bodega lunch sandwich, is loaded with carbohydrates, while black coffee has essentially none at all. Kombucha does offer a wide range of other nutrients, however.

Quinoa and brown rice are both generally healthy foods to pair with a protein for a satisfying meal. Quinoa beats brown rice, however, as it has more nutrients, and a lot less carbs.

Flax trumps brown rice as well, offering a range of other nutrients, as well as packing in way more of the same exact nutrients rice offers. Eating flax is essentially like eating brown rice on steroids.

Chia also contains a number of additional nutrients which gives it the trophy compared to brown rice. It has quite a bit of omega-3 fatty acids, though a growing pool of research indicates those fats are not only essential to the body, but they may not be as bad as the f word implies.

Orange juice has way more vitamin C than the elusive purple juice, which doesn't seem to offer many nutrients at all — though it's loaded with sugar.

Greek yogurt is diverse in its nutritional content, and has a lot less sugar. It's become so popular, Ben & Jerry's even has several flavors, including the incredible raspberry fudge chunk.

Ironically, agave nectar is loaded with more sugar than brown sugar, but it's also more nutritious. Hence why all those hipster lumberjacks must be putting this stuff in their cold brews.

Turns out almond milk doesn't offer as many nutrients as your standard glass of 2% milk. The only catch, however, is regular milk is loaded with more fat and sugar than almond milk.

Your vegan hipster friend who has been trying to convince you to give up all meat cold turkey is wrong — tofu isn't actually an all that great source of protein, certainly not when compared to regular black beans.

Queen Bey is right (of course) to have an obsession with kale — it's basically just as healthy as spinach, but packs a bit more vitamin C than the food your mom forced you to eat as a kid.

You win this time, Beyoncé.