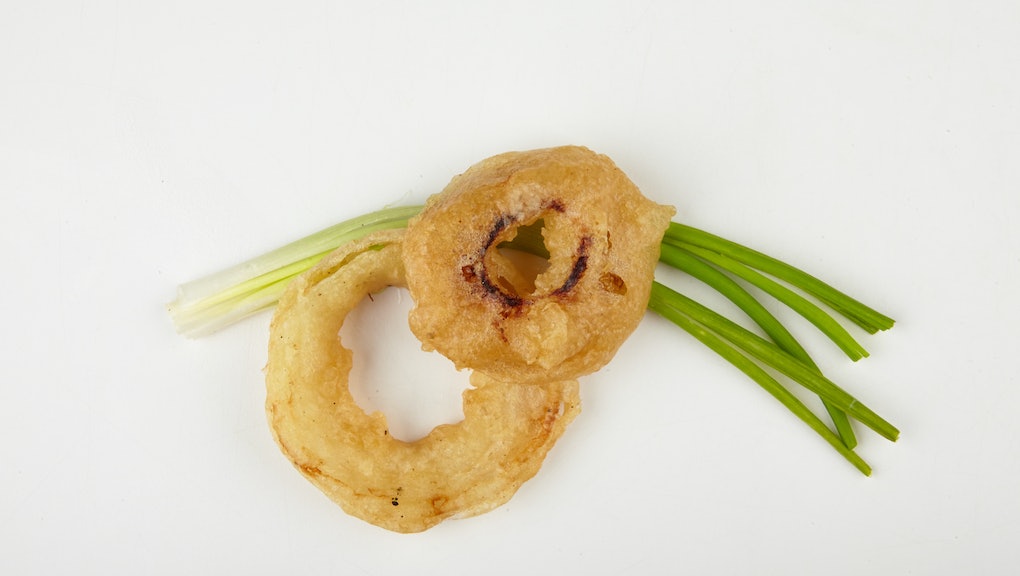 Leap Year Traditions From Around the World Have One Thing in Common: Sexism

As February 2016 comes to a close, another leap year is upon us, which means Facebook feeds worldwide are about to be deluged with engagement announcements. Look out for snaps of happy couples with the caption, "He said yes!" — every four years, when Feb. 29 rolls around, women get their one shot to propose to their significant others.

One day every four years? Even in these our modern times? That seems a little sexist, no?

According to the Associated Press, the tradition could have worked in women's favor: "The only masculine right that is denied them is the right to choose their mates," as Dorothy Dix said in 1928. "And this is the greatest right of all."

But instead of winning respect for those women who proposed, the tradition only reinforced gender stereotypes: Women were supposed to propose using postcards that depicted women roping in men in the most literal sense, or capturing them using an arsenal of weapons, or buying their love. This explains why Dix had labeled the leap year proposal "a glittering mockery" in 1904, as the AP reported.

This brand of thinking may also explain why the Greeks consider leap year marriages ill-fated, or why Germans believe the day to be bad luck. To whom do women owe this tradition?

The women-proposing-to-their-menfolk thing is an Irish tradition that we owe to St. Patrick: As the legend goes, St. Brigid of Kildare went to today's patron saint of partying and voiced her discontent at women having to wait around on men who may or may not eventually propose. St. Patrick's response? Sure, women, you can propose — but only on Feb. 29.

If the legend holds true, it was perhaps history's first gotcha! moment. An alternate version says that St. Brigid turned around and proposed to St. Patrick, who rebuffed/distracted her with a kiss on the cheek and a silk gown, spawning the Irish tradition of men gifting the women they turn down on leap years the same.

Then, in 1288, an alleged law gave women the legal "liberty to bespeak ye man she likes" on Feb. 29 and further, obligated the object of her affection to agree or face a fine, so long as he was unable to document his engagement to someone else. Which is perhaps the source of both the practice of wearing gloves on Feb. 29 — cover up that ringless finger lest you are entrapped into marriage — and the Scottish superstition that leap year babies will have rocky love lives.

In the 1780s, as the AP reported, leap year dances were firmly a thing: Girls could ask boys to dance on that one occasion, but that was it. From 1924 to 1968, a luxe leap year party took place every four years at New York City's Ritz-Carlton; women, according to the AP, formed the majority and had the run of the night.

In 2016, many men would apparently be quite pleased to be proposed to, especially if the question popping involved an onion rather than a diamond ring — reinforcing stereotypes of a different flavor. Women and men proposing to men on Monday: this one's for you.