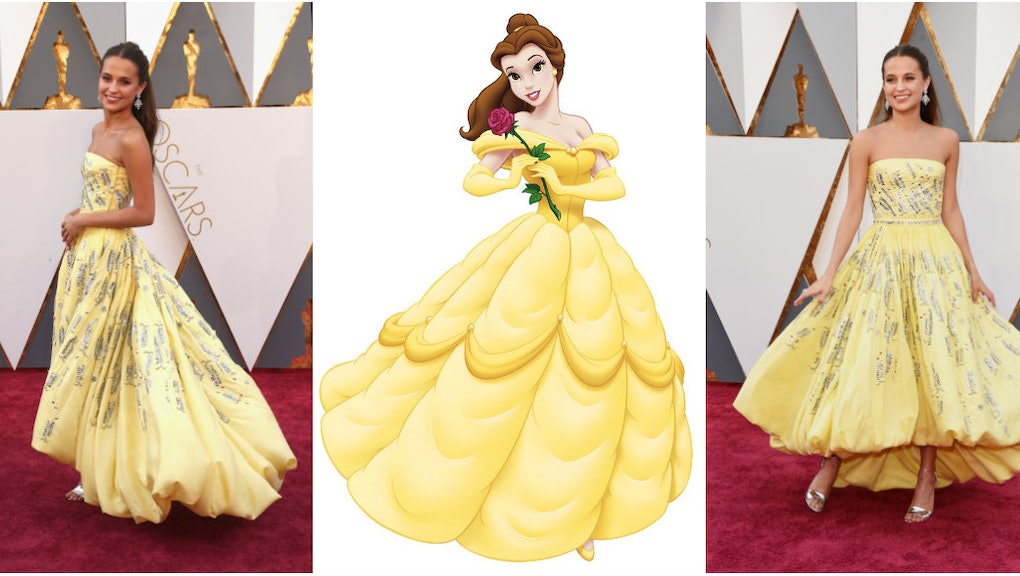 Wearing custom Louis Vuitton with her hair in a half bun and pale yellow dress, Vikander was only an Enchanted Rose short of going full Disney princess.

Vikander is nominated for her performance as Gerda Wegener in The Danish Girl. She already picked up a trophy for outstanding performance by a female actor in a supporting role the Screen Actors Guild Awards in January.

With a live-action Little Mermaid in the works, might we suggest an IRL Beauty and the Beast with Vikander as the lead? At least they'll have one costume already taken care of.