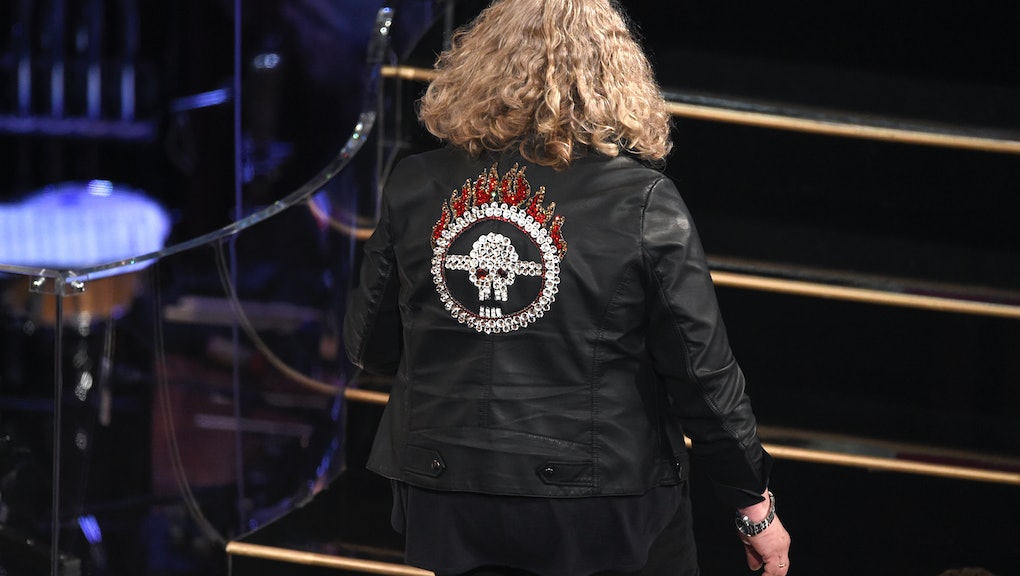 But it was the film's costume designer, Jenny Beavan, and her win for best costume design, that really got people talking. Or, more specifically, her jacket.

Beavan picked up her second Oscar win (she won in 1987 for A Room with a View) outfitted in a leather jacket with a bedazzled skull and flames across the back.

Once she got up to accept the award from Oscar nominee Cate Blanchett, the Twittersphere reacted appropriately.

It also made people want to buy it right off her back.

By wearing a garment that wouldn't look out of place in a dive bar, she instantly became everyone's hero — and ours as well.