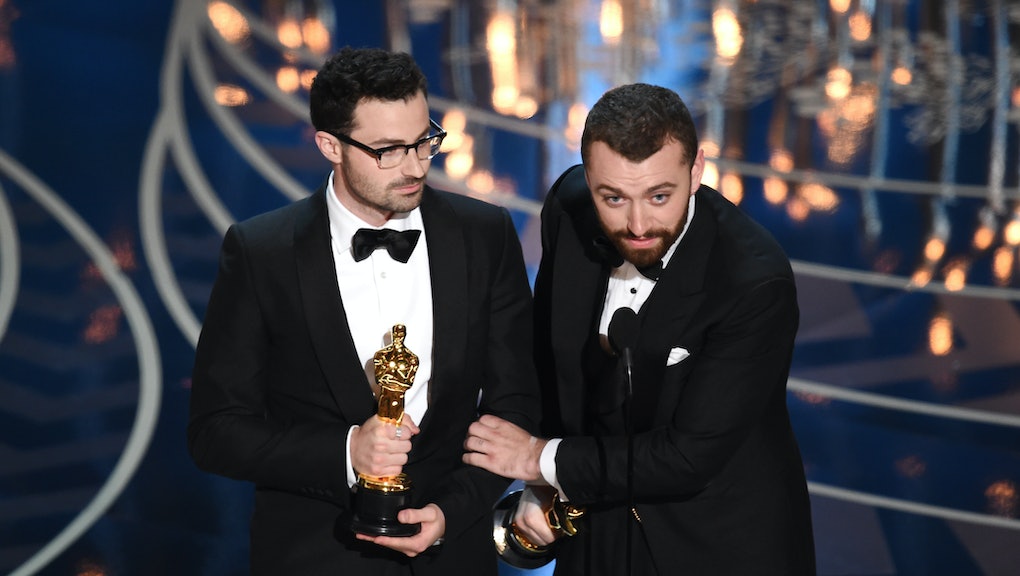 It wasn't supposed to happen this way, at least in the minds of Twitter. Sam Smith was hardly the frontrunner for best original song. His song "Writing's on the Wall," from the James Bond film Spectre, was widely seen as one of the lesser additions to the Bond catalog. When Smith was announced as the winner of best original song, Twitter all but mutinied.

Lady Gaga was the favorite of the night. Her song "Til It Happens to You" was clearly the strongest performance of the night, and a vital catalyst in the ongoing conversation surrounding sexual assault.

Adding insult to injury, in his acceptance speech, Smith misquoted an Ian McKellan quote that no openly gay man had ever won an Oscar, which Twitter was quick to correct and mock.