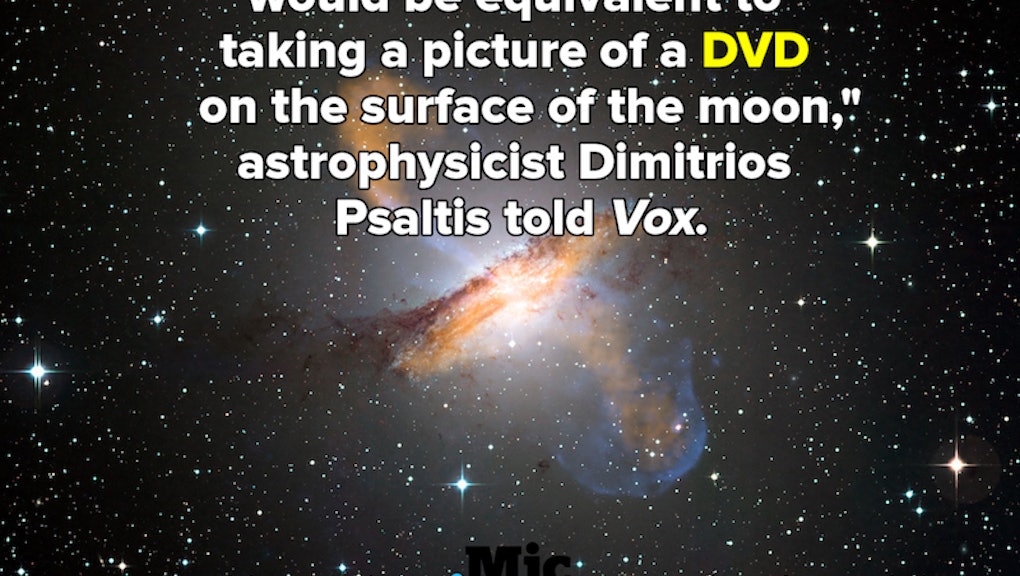 We've All Seen Illustrations of Black Holes — Now, Look at These Photographs

Astronomers have yet to see a black hole.

But experts predict we're less than a year away thanks to the Large Millimeter Telescope and Event Horizon Telescope.

Until then, we'll have to make do with what we have: photographs with evidence of their existence.

Captured by the Hubble telescope, scientists believe the hot pink spots are black holes that formed as a result of the collision.

This one shows jets spewing from massive black holes at Hercules A galaxy.

And this one of black holes spewing jets from Centaurus A galaxy, which NASA called the "best-ever snapshot of black hole jets."

There's pretty strong evidence that black holes exist, NASA astrophysicist Peter Edmonds told Vox, in an article about photographing black holes. But until we can see the actual black hole on film, we'll have to rely on animations like this:

"What they're hoping to see is the actual shadow, the actual dark region," Edmonds told Vox. "That will be a big deal."