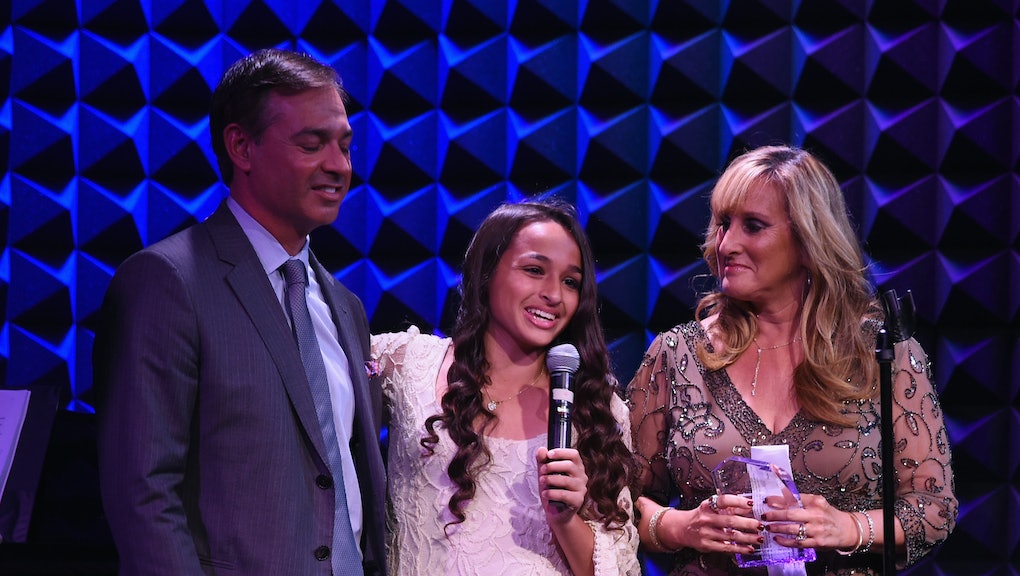 Being Transgender Doesn't Make Kids Anxious or Depressed. Their Families Do.

The latest news in transgender health shouldn't exactly come as a surprise.

Out transgender kids with supportive families have no more anxiety or depression than kids who don't identify as trans, according to a new study published in the journal Pediatrics. The findings confirm what should be obvious, given that it's 2016: If your children identify as transgender, be supportive. Shame or resistance can't change who they are.

To complete their study, researchers measured anxiety and depression levels of 73 out transgender kids, ages 3 through 12. They compared their findings to the mental health statuses of 73 cisgender kids of similar ages and gender identities.

The out transgender kids showed no higher levels of depression than their cisgender peers, the researchers found. They did have "slightly elevated" levels of anxiety, but — as NBC News pointed out — their anxiety levels were pretty much on-par with national standards.

"The transgender kids averaged an anxiety score of 50.1 on a National Institutes of Health scale — almost the same as the national norm of 50," NBC News reported.

The findings shatter a widely held assumption that being transgender goes hand-in-hand with having mental health issues.

A disturbing 2010 study by the National Center for Transgender Equality and the National Gay and Lesbian Task Force found that 41% of transgender folks in the U.S. had attempted suicide, compared to just 1.6% of the total population. And according to the National Alliance on Mental Illness, LGBTQ people are nearly three times more likely to experience mental illnesses such as major depression and generalized anxiety disorder.

"This fear of coming out and being discriminated against for sexual orientation and gender identities can lead to depression, post-traumatic stress disorder, thoughts of suicide and substance abuse," according to NAMI's website.

"This fear of coming out and being discriminated against for sexual orientation and gender identities can lead to depression, post-traumatic stress disorder, thoughts of suicide and substance abuse."

But there's nothing inherently mental-illness-producing about being transgender. As these most recent findings suggest, it all comes down to the support transgender individuals receive from their families and communities.

"I'm so lucky to have the best parents in the whole world": Fifteen-year-old Jazz Jennings is the star of TLC's I Am Jazz and perhaps the country's best known transgender teen. Jennings has spoken out about the value of her parents' constant encouragement.

"I'm so lucky to have the best parents in the whole world," she wrote on Instagram. "Without their love and support, I wouldn't be the same girl that I am today. I love them both so much."

In a 2007 interview with Barbara Walters, Jennings' parents, Renee and Scott, said Jazz would be "very depressed" and "suffering" if their daughter had never been allowed to transition.

"The thinking has always been that kids who are not acting gender-stereotypically are basically destined to have mental health problems," said lead author Kristina Olson, of the University of Washington, according to NBC News. "In our study, that's not the case."