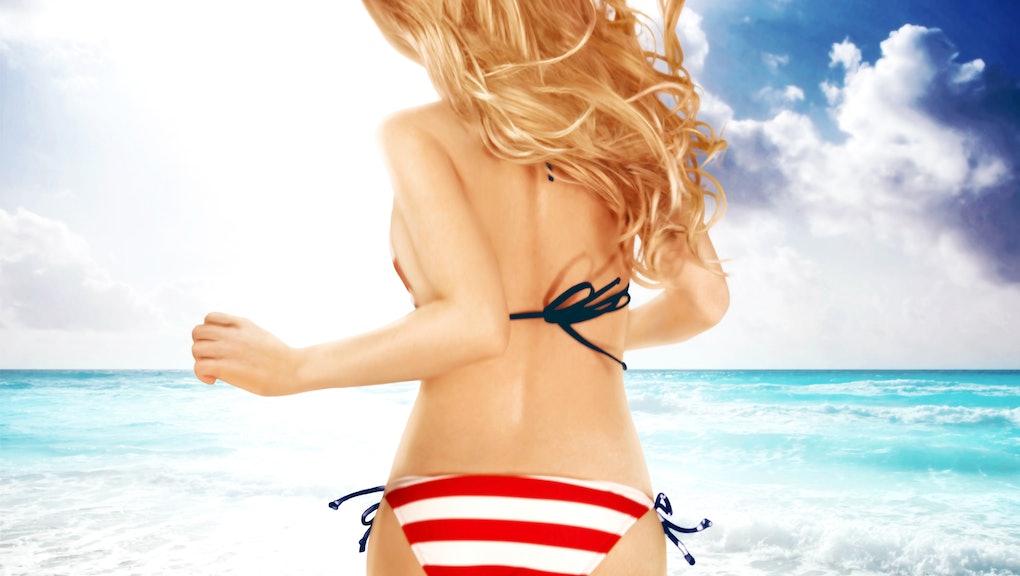 If you had any question about the "ideal" body type women are seeking these days, plastic surgery stats can be revealing.

According to a new report from the American Society of Plastic Surgeons, 2015 indeed was the "year of the rear." Butt procedures like fat grafting, lifts and implants were the fastest-growing kind of cosmetic surgery in 2015, with the number of butt lifts growing by 252%.

The ASPS also reports that while butt implants and lifts are seeing more interest than ever before, breast procedures are starting to fall out of favor. Breast augmentations still outnumbered total buttocks procedures in 2015, with 279,143 procedures done last year alone, but that's down 2% from 2014.

The focus on getting a "great" butt isn't new, but it has been cementing a place among our prevailing body standards for the past few years. (Remember when Vogue "discovered" big booties in 2014? To which countless women said: We've had big booties for our whole lives, thank you very much.)

But like so many arbitrary and ever-changing beauty standards before it, the idolization of the perky ass has inspired plenty of women who don't naturally have one to seek it out. See: the rise of Levi's wedgie jeans, which were crafted with Kylie Jenner's rear end in mind. At the time of their debut, Mic reported on this new beauty ideal of women having extremely thin waists, while still proudly displaying a plump, perky and perfect backside.

Workout classes that promise you a similar figure, like barre classes, have taken off, since they aim to give women a slim waist while hoisting up their backside for the perfect tush. Trainers like Jen Stelter, who is known for her pronounced backside, have also only gained in popularity.

Plastic surgery has also fallen in line. In late 2015, a U.K. cosmetic surgery group reported seeing an increase in surgeries to achieve a curvier body, calling it the "Dash Effect." In the United States, the American Society for Aesthetic Plastic Surgery reported similar findings in March.

Specific procedures like the "Brazilian butt lifts" have become hugely popular (and profitable) over the past year. One of its leading surgeons, Miami-based Dr. Michael Salzhauer, previously told Mic that the idealized body type is a direct result of the Kardashians.

"On celebrities and these idealized bodies like Kim Kardashian and Amber Rose, people want to look like that," Salzhauer said.

He also noted that another factor that's helping in this attention on butts is Instagram, with models on the photo-sharing site being fans of this curvy, sexualized body. "People who have that body are on Instagram," Salzhauer said.

So now between the Kardashians and Instagram models touting this plump behind, and this recent definitive proof, it's undeniable that perky, round butts are getting even more appreciation — and women who don't happen to have one have an annoying body standard to be held up to.