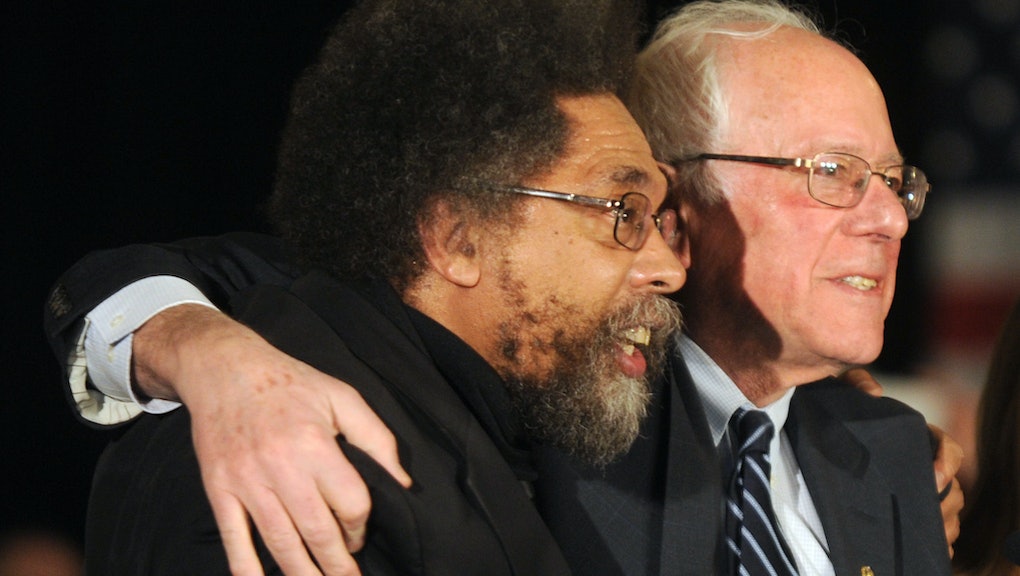 After Hillary Clinton won the vast majority of the black vote in Saturday's South Carolina primary, academic and social activist Cornel West said that black leaders endorsing her instead of her competitor, Vermont Sen. Bernie Sanders, were wrong to do so.

In a Vice interview published Sunday, West referenced specific individuals, including Democratic Rep. John Lewis of Georgia, who participated in the historic 1965 civil rights march in Selma, Alabama, and has endorsed the former secretary of state.

"There's no doubt that the great John Lewis of 50 years ago is different than the John Lewis today," West noted. "He's my brother. I love him, I respect his personhood, but there's no doubt he's gone from a high moment of Martin Luther King-like struggle to now [a] neoliberal politician in a system that is characterized more and more by legalized bribery and normalized by corruption."

"That's what big money does to politics," he added. "And the Clinton machine is an example of that."

West argued many black leaders have become adherents of neoliberal ideology, which promotes privatization and dials back social safety nets. They bought into a political system founded on institutionalized corruption, he said.

"Most black politicians these days are neoliberal politicians, so it's almost natural for them to side with Hillary Clinton," he said. "But with the neoliberal era coming to a close, four months from now [when presidential nominee is chosen], you watch how the shift sets in."

Wall Street and lobbyists' money have bought influence, the academic argued, which has re-calibrated social and political priorities for many American leaders.