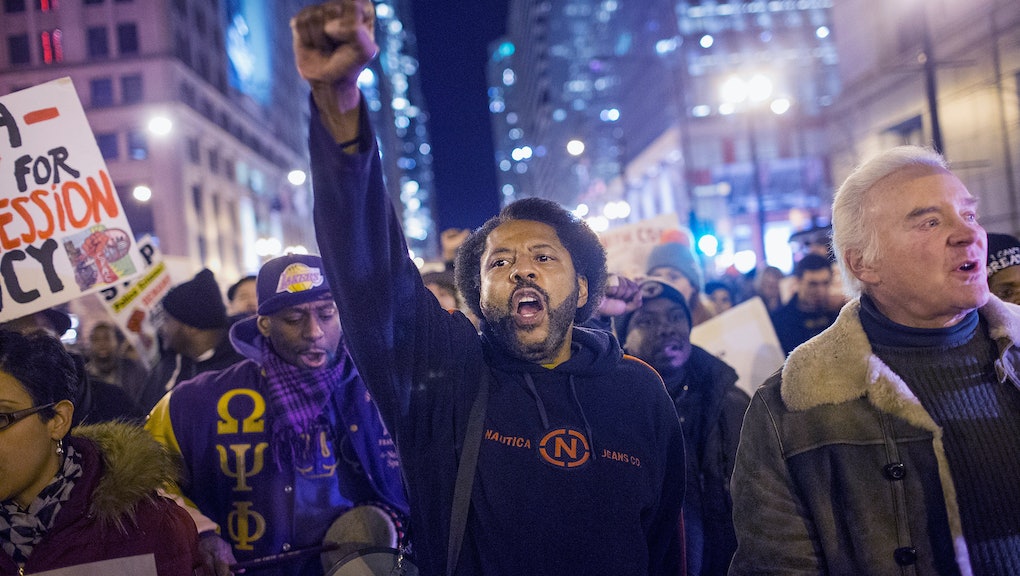 Protesters rely on unpredictability in order to effect change. They halt traffic, surreptitiously interrupt staged events, hang banners and expose hypocrisy by forcing political opponents into decision dilemmas. And the military won't be having any of that, now that protests can now be predicted by simple algorithms.

In a study funded by the Office of Naval Research, researchers across Texas A&M University, Arizona State University and Yahoo were able to predict — with 70% accuracy — whether or not your next tweet would be part of a political protest.

Insurgency, at home and abroad: The military could have initial interest in the study as a way of predicting insurgencies in unstable regions of the world — the data that initially fed the algorithm for this study was from a Boko Haram insurgency during the presidential election in Nigeria. But like many military technologies that eventually become police technologies, a predictive algorithm that identifies potential protests could be used to surveil and mitigate dissidence at home.

The study makes no recommendations for what police actually do with the information.

Hundreds of documents obtained by the Intercept revealed the aggressive cataloguing and surveillance of Black Lives Matter and other protest movements by the Department of Homeland Security, presumably under the auspices of the department's mission to prevent domestic terrorism.

Those documents already show that federal officials are monitoring Vine, Twitter and other social platforms to watch hashtags of vigils and protest events to map out potential sources of conflict. But this study shows that the military is interested in not just subject-based surveillance of possible dissidents, but a scalable algorithm that can look out across a broad landscape of politics and online expression and find out who is most likely to publicly dissent.

The study makes no recommendations for what police actually do with the information.