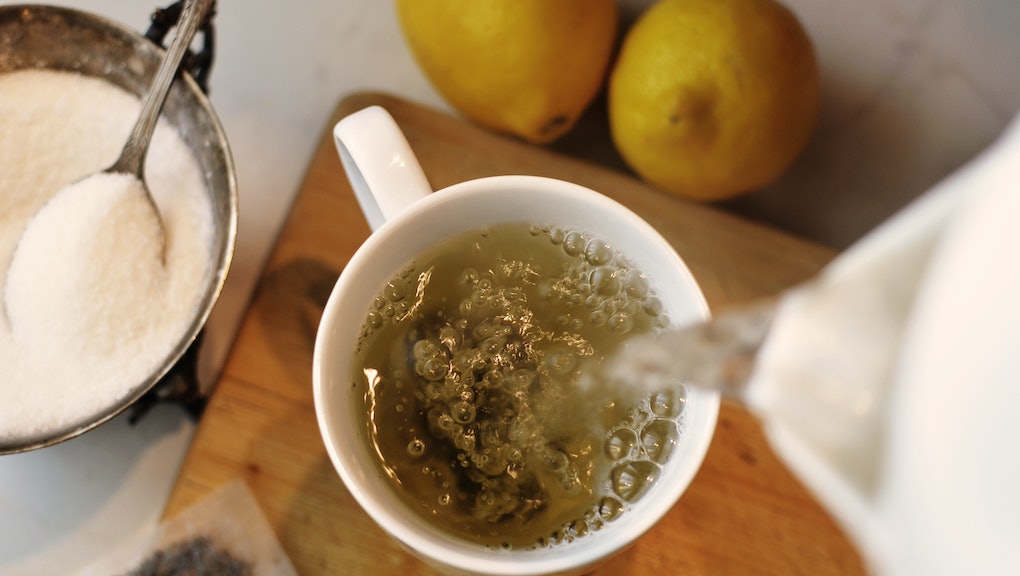 Marijuana Tea: What You Should Know Before Brewing a Cup

Drinking marijuana tea is a lesser-known method of consuming cannabis that elicits a more delayed, prolonged high than smoking the drug and can also be considered a safer alternative as smoking anything can be harmful to the lungs and respiratory system.

In 2000, former West Indian cricketer Viv Richards shared a story about drinking marijuana tea while on a trip to Jamaica that he said eased the symptoms of an unspecified "eye problem" he suffered. Ganja tea has been traditionally used by women in Jamaica to cure morning sickness while pregnant and a variety of other ailments.

Here's five simple things to know about weed tea before sipping Ganja like it's Earl Grey:

It takes a while to hit you. Don't be so quick to grab a refill after the first cup doesn't hit you. It can take 30 to 90 minutes to manifest in your system, according to Medical Jane, so you might regret that refill when you're too high to function in a few hours.

Clear your schedule. Once the high hits, it can last four to eight hours.

Plan in advance. Although the marijuana tea itself takes around 10 minutes to make, the key ingredient is cannabutter, or cannabis infused butter, which must be refrigerated overnight before it's ready (directions below).

• Gather the ingredients, which are two sticks of butter, .5 ounces of cannabis, and two cups of water. The cannabis can be raw or ground, but it should be fresh off the plant.

The rest is simple. Whip up an old-fashioned cup of tea, drop in a teaspoon of cannabutter, wait for it to dissolve completely and sip.