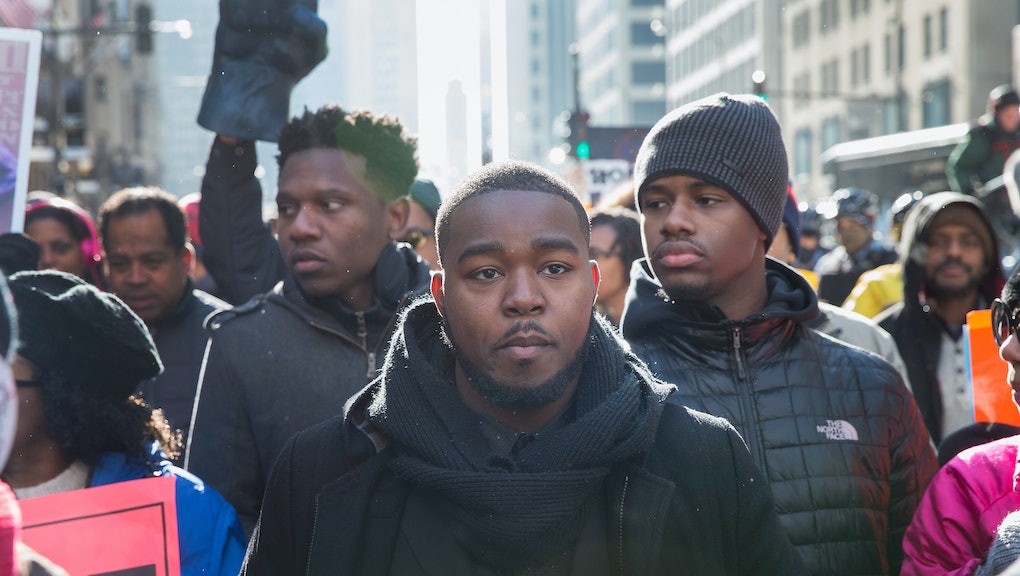 Even though the evidence doesn't necessarily show it, many people continue to believe that young Americans are less prone to racist attitudes than the generations that came before them.

"Most young Americans see their generation as part of a slow march toward progress on racial problems," said a report by People for the American Way, cited in the journal Educational Leadership. Racial attitudes will not change automatically as older generations pass away and a new, more progressive generation takes their place, but rather they are shifted by catalysts, like the civil rights movement.

Today, evidence is beginning to show that the activism of Black Lives Matter is shifting racial attitudes. Two surveys from 2012 and 2014 provide evidence to support this thesis.

The rise of color-blind racism: Americans today largely understand why blatant forms of racial prejudice are wrong, and so they reject them. Today, racism doesn't wear a Klan hood, but instead it occurs in sometimes subtle ways, like through disparities in the prison system and access to banking and housing.

Such institutional racism continues to hamper the progress of people of color today, and denying its existence is what sociologist Eduardo Bonilla-Silva calls "color-blind racism." As he wrote in Racism Without Racists, color-blind racism is "racism lite."

"Instead of proclaiming God placed minorities in the world in a servile position," Bonilla-Silva notes, "it suggests they are behind because they do not work hard enough."

The "acceptable" forms of racism today, then, aren't open calls for segregation, or anything like that. Rather, racism now manifests itself when the towering pile of evidence for institutionalized racism goes ignored, and is instead met with complaints that black and brown people just need to work harder to get over the barriers they face. It's an argument on full display every day in various conservative outlets.

One might think that millennials, in light of their supposed racial enlightenment, would dismiss arguments blaming racialized disparities on a lack of moxie on the part of people of color. But Jason McDaniel, an assistant professor of political science at San Francisco State University, analyzed variables in the 2012 American National Election Studies survey related to stereotyping ("Black people are lazy") and color-blind racism (called "racial resentment"). He concluded that the link between age and racist tendencies isn't as direct as many assume.

"Contrary to the conventional wisdom that older people are more likely to express racist attitudes, once we control for important demographic and political factors, such as partisanship and ideology, age is not a significant predictor of racist attitudes," he said. "With one exception: as age increases, an individual is less likely to say that blacks should just try harder to get ahead."

With the assistance of Jesse Rhodes, associate professor of political science at the University of Massachusetts-Amherst, Mic examined data from the 2012 and 2014 Cooperative Congressional Election Study. CCES has the advantage of being a survey with more than 50,000 respondents each year, and includes the following prompts examining color-blind racial attitudes:

• "The Irish, Italians, Jews and many other minorities overcame prejudice and worked their way up. Blacks should do the same without any special favors." (There are five options: strongly agree, agree, neither, disagree or strongly disagree. "Strongly agree" and "agree" on these questions indicate attitudes referred to as "racial resentment," that are very similar to the concept of "color-blind racism.")

For the 2012 sample, for both questions, younger white liberals (those in the 17 to 34 age range) were more likely to endorse color-blind racism than their older counterparts:

The Obama factor: There is evidence that this goes back to the election of Barack Obama. It's well-documented that for many Americans, the symbolism of his historic victory brought with it a sense of decreased urgency about the state of race relations and racial disparities.

One study, in the journal Analyses of Social Issues and Public Policy, found that "both white and black voters perceived the election of Obama in 2012 to be a sign of increased racial progress while simultaneously serving as a signal for a reduced need for programs designed to address racial inequalities." Another, featured in Public Opinion Quarterly, found that "a representative panel study of Americans interviewed immediately before and after the election reveal[ed] a roughly 10% decline in perceptions of racial discrimination." Psychologists Jill E. Lybarger and Margo J. Monteith studied white college students and found that highly successful African-American exemplars like Obama can lead "to beliefs that discrimination is a bygone and persisting inequities can only be explained by personal weaknesses of blacks."

There isn't ironclad evidence that this "Obama effect" hit young people harder than older ones, but the studies and the evidence above suggest it may have.

But if the election of Obama led young people to adopt more conservative racial attitudes, the Black Lives Matter era might be having the opposite effect.

As the two charts show, white liberals across age groups became more likely to reject color-blind racism. The shift is strongest among young white liberals. In 2012, 36% disagreed that blacks should work their way up without favors. In 2014, 44% did.

In 2012, 56% agreed that generations of slavery and discrimination had hampered upward mobility for blacks. In 2014, 68% agreed:

Late November 2014 marked the grand jury decision not to indict Ferguson, Missouri, police officer Darren Wilson for shooting and killing Michael Brown, followed shortly by the early December non-indictment in the Eric Garner case. This means that the survey was taking place during a period of heightened activism around racial justice, in two cases that glaringly highlight police misconduct.

"It's plausible that developments that raised public attention to racial inequality between 2012 and 2014 — in particular, the deaths of several young men in police custody and the rise of Black Lives Matter — contributed to rising awareness of the obstacles to racial equality among all white liberals, but particularly youth," according to Rhodes.

Other data sources also suggest that white views on race have shifted recently. For instance, in August 2015, Gallup recorded a dramatic drop in the share of Americans saying they are satisfied or very satisfied with the way blacks are treated in society.

It's possible then, that movements like Black Lives Matter and increased attention to racial justice have shifted Americans views on race. Indeed, the data suggest that between 2012 and 2014, white liberals of all age groups became more progressive on issues of race.

While Black Lives Matter appears to have raised awareness of racial injustice among white liberals, the rise of politicians like Donald Trump suggests we're seeing increasing racial polarization, with white liberals more acutely sensitive to the need for racial equity and white conservatives feeling that such efforts amount to "reverse discrimination."