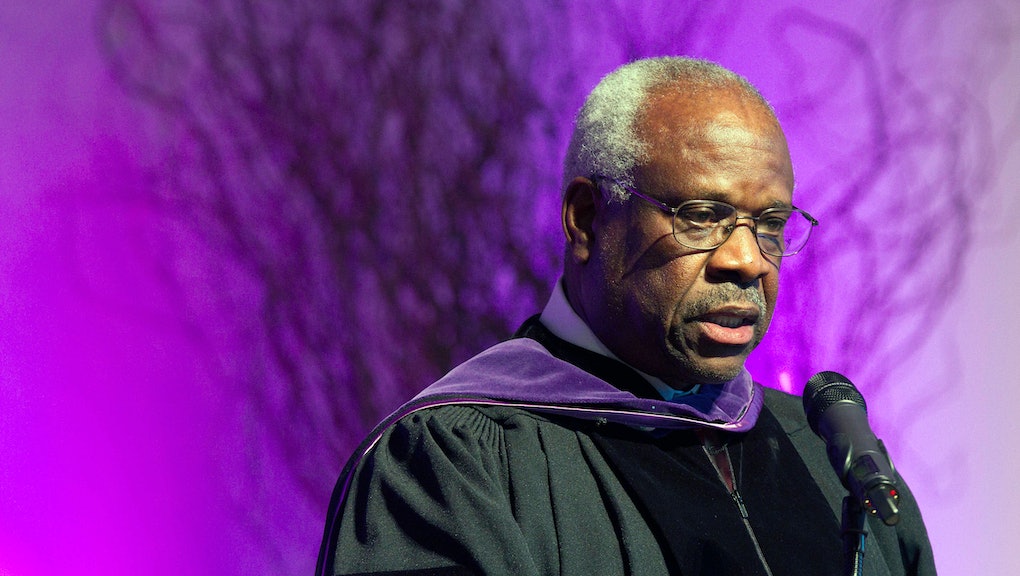 As interpreters of the United States Constitution, it is the job of Supreme Court justices to be vocal about their thoughts. Justice Clarence Thomas, however, has kept famously mum about his — for the last decade.

On Monday, the justice broke his silence to ask multiple questions during a death penalty which raised questions about the Second Amendment rights of a person convicted of misdemeanor domestic violence. Thomas, who has been called SCOTUS' most conservative justice, piped up during oral arguments when attorney and U.S. Assistant to the Solicitor General Ilana Eisenstein, asked for further questions.

Read more: What Antonin Scalia's Death Means for the Future of the Supreme Court

What followed was a five-minute dialogue between the justice and the attorney. Einstein noted that studies show perpetrators of domestic violence are six times as likely to kill family members using a gun. But with his final question, Thomas suggested the court may have a better case were they discussing a gun crime instead.

According to Gawker, Thomas hadn't been altogether speechless for the last 10 years: In 2013, he ended what was then a sabbatical-long silence to take a jab at Yale University, his alma mater.

In 2014, the New Yorker's Jeffrey Toobin wrote a scathing portrait of Thomas, calling his demeanor on the job "downright embarrassing." Wrote Toobin:

These days, Thomas only reclines; his leather chair is pitched so that he can stare at the ceiling, which he does at length. He strokes his chin. His eyelids look heavy. Every schoolteacher knows this look. It's called "not paying attention."

The moment, which drew audible gasps, also prompted a flurry of tweets, with some users dismayed at the issue that prompted Thomas to find his voice, and others poking fun at the timing.

Thomas has endured in the collective memory as being perennially tight-lipped, inspiring even one Lorelai Gilmore to remark at one point, "For months, I've been sulking around, not saying anything, not having an opinion on anything like I'm Clarence Thomas or something."