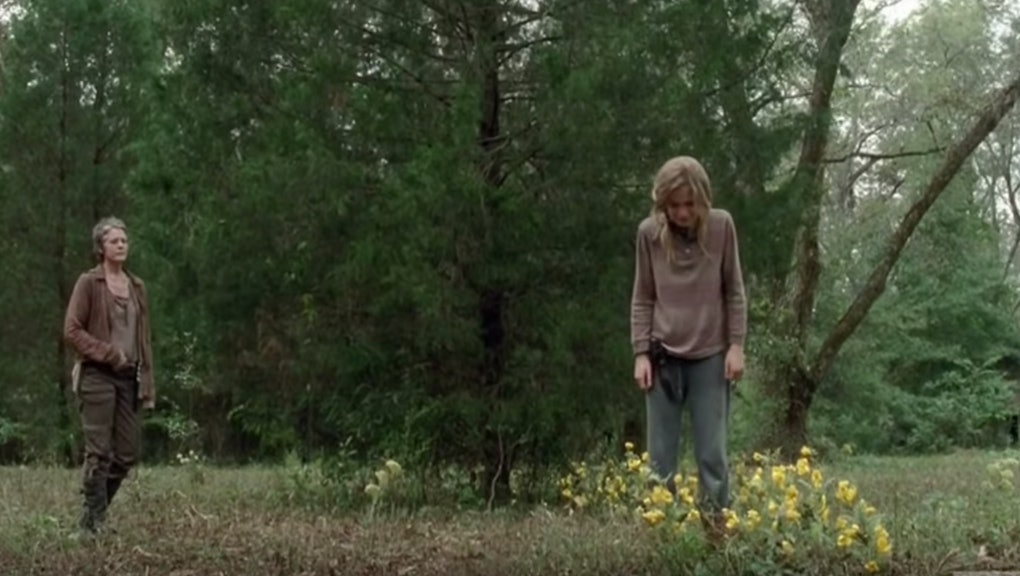 Six seasons in, the Walking Dead has continued to keep viewers on the edge of their seats — even the ones who are familiar with the source material. The series has consistently made changes to the comic book's narrative; in the process, Rick (Andrew Lincoln) and his cadre have experienced more than their fair share of jaw-dropping moments.

Of course, it's easier to accomplish this on the backdrop of the zombie apocalypse, but The Walking Dead showrunners have demonstrated that they're willing to venture into gory territory other shows — even on cable television — aren't comfortable approaching. Here's eight of the show's most shocking moments so far, with more undoubtedly coming in the near future.

(Editor's note: Spoilers for all seasons of The Walking Dead ahead.)

Read more: Will 'The Walking Dead' End With a Cure for the Outbreak? It's Hard To Tell

Shane kills Otis: It's not so much that we're emotionally attached to Otis (Pruitt Taylor Vince) — he barely appears in the series, even during his single season. However, it's in his death that we see how far Shane (Jon Bernthal)'s moral compass has fallen.

Injured while bringing supplies back to Hershel's farm (Scott Wilson), Otis helps Shane limp away from the impending walkers, who are quickly gaining stream. As a means of escape, Shane shoots Otis in the leg so that the zombies hone in on him. It's a brutal scene, and one that solidifies Shane as a tangible threat to the rest of the group.

Shane is killed by Rick — then immediately pops up as a zombie: Shane's tensions with Rick reach a boiling point by the end of season two, and they inevitably clashed over who should lead the group — and who will end up with Lori (Sarah Wayne Calles). Rick expects Shane to try and pull the drop on him, which he does, planning to shoot him. Instead, however, Rick stabs Shane in the abdomen before he can finish the job.

It not only was the show's most shocking death at the time, but it also began Rick's dark spiral in the post-apocalyptic world going far from his previous moral center in order to survive. Additionally, it confirms what Rick learned at the end of season one from the group's visit to the Centers for Disease Control and Prevention: If you die and your brain isn't damaged in the process, you will become a walker.

Lori gives birth to Judith — and dies: Lori was an oft-controversial character on the show — she's introduced sleeping with Shane, her husband's best friend, though it's because she assumed Rick was dead after falling into a coma. However, she redeems herself in the prison during season three, when she gives birth to Judith.

The cesarean section goes awry, and while Judith is able to live, Carl must shoot his dying mother off the promise that she doesn't come back as a walker. It's a gruesome ordeal for Carl to undergo, and telling his father in the aftermath is not only heartbreaking, but shapes the present-day hardness of the character.

Hershel is beheaded by the Governor: The buildup to this scene was intense and highly anticipated, as it was straight from the comic books. However, instead of Tyreese (Chad L. Coleman) being beheaded by end of the katana, it was the near-saintly Hershel who had this gory fate bestowed upon him.

The Governor (David Morrissey) was a ruthless villain in the show; even in his most redeeming moments, he inevitably snapped. Hershel's brutal death is the final nail in the coffin before he meets his own untimely death, but he goes out with a back and destroys the group's moral compass with him.

"Look at the flowers, Lizzie." Carol (Melissa McBride) arguably has the biggest transformation of any character in the series. She begins as the victim of domestic abuse from her now-deceased husband, and becomes one of the group's most lethal weapons. After losing her daughter Sophia (Madison Lintz) in season two, Carol essentially adopts two girls, Mika (Kyla Kenedy) and Lizzie (Brighton Sharbino), after their father is killed.

However, Lizzie develops a gradual slide into madness in the midst of the zombie apocalypse. From her perspective, the zombies are harmless, an extension of human beings that shouldn't be feared or hurt. It begins relatively harmlessly, but she then murders Mika and plans on killing an infant Judith before Carol and Tyreese intervene. Rather than deal with a dangerous Lizzie, Carol decides — with complete anguish — to shoot Lizzie, imploring her to turn around and "look at the flowers."

Rick goes full badass: In another frame-by-frame recreation from the comics, Rick, Michonne (Danai Gurira) and Carl stumble upon a biker group that Daryl (Norman Reedus) is part of following the chaotic collapse of the prison. Needless to say, there's a confrontation, which leads Michonne and Daryl being held at gunpoint, with Rick trapped in a tight grip by the leader of the crew, Joe (Jeff Kober).

Meanwhile, Carl is pinned down by another member of the group; it's heavily implied he's about to be raped. As enraged as he's ever been, a trapped Rick uses the only weapon available to him: his teeth. He rips Joe's throat apart with his death, and with welcome assists from Daryl and Michonne, they're able to escape — though not before Rick slowly guts the would-be rapist.

The group escapes Terminus in style: Season four concluded with the crew completely trapped and at the mercy of the cannibals located in Terminus. At the onset of season five, the show revealed the cruelty with which the Terminus group treats their prisoner. Several members of Rick's group, including himself, sit hunched over a trough, ready to be slaughtered.

Thankfully, the group is saved, thanks in large part to Carol blowing the refuge up before going inside the take care of any stragglers. The group wasn't in Terminus for long, but they sure spend their time there in style, while also solidifying Carol's place among the crew's most badass members.

The Anderson family dies, and Carl loses his eye: Only The Walking Dead could kill off an entire family in less than two minutes. That's just what happened in the midseason premiere of season six. Trying to get through a Walker-infested Alexandria, the Anderson family are slowly picked apart, starting with the youngest, Sam (Major Dodson). He unsuccessfully holds in his crying amidst the zombie frenzy, and he's quickly noticed by the horde, who then pounce on his anguished mother, Jessie (Alexandra Breckenridge).

Rick hacks off Jessie's arm as she's being eaten, as she had a firm grip on Carl, in turn, ending what could have blossomed into an important romantic relationship for Rick. Ron (Austin Abrams), meanwhile, seeing his little brother and mother die — while his father was also killed by Rick in season five — took aim at him with his gun, though Michonne promptly stabbed him through the chest with her katana.

Ron's pistol still went off, though, instead altered in Carl's direction, taking out his eye in the process.

The Walking Dead will have more shocking moments in the near future — perhaps none as foreboding as the arrival of Negan (Jeffrey Dean Morgan) and the bloody aftermath that will likely come with his appearance. It shouldn't be surprising, either. This is a series that in six seasons has killed children, beheaded beloved characters and showed a man's throat ripped out. Clearly, there's no territory that's off-limits for The Walking Dead.