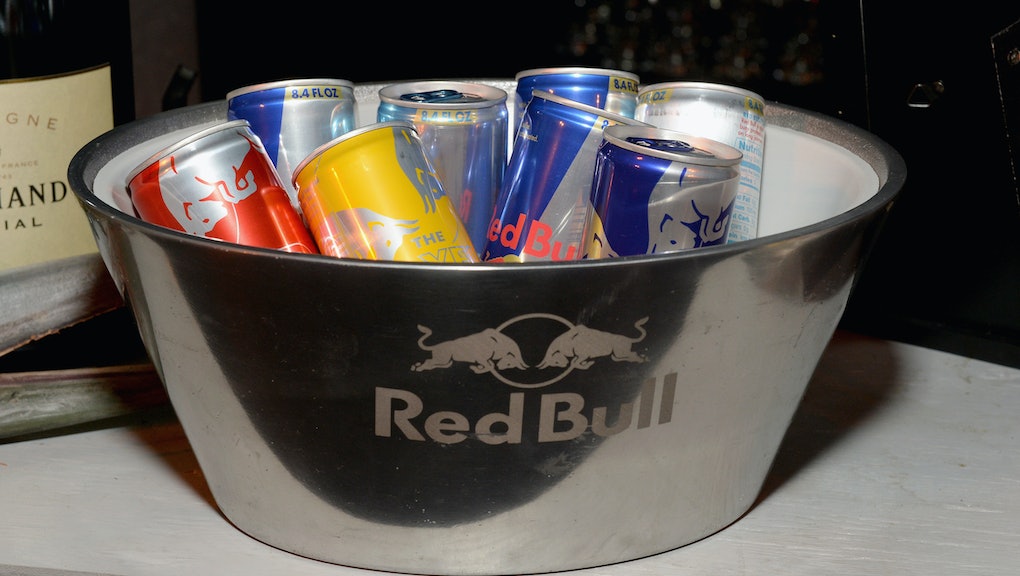 They might as well ban all-nighters while they're at it.

Last week, Middlebury College's dining services announced it would no longer sell energy drinks on campus as of March 7. According to the Middlebury Campus, the decision was the result of a monthlong debate that ended with an 11 to 1 vote from a council made up of students and faculty.

While many students protested the Vermont college mandating what they can and can't drink on campus, others supported the ban, noting the negative effects of energy drinks as a good reason to give them the boot.

"I learned in my psychology class that energy drinks are linked to high-risk sex and drug use," one freshman told the Campus, ostensibly for the drinks' popular use as an alcoholic mixer.

Indeed, a November study showed that just one can of Rockstar spiked drinkers' blood pressure significantly, and other energy drinks like 5-Hour Energy and Monster have been linked to deaths in the past.

Another freshman told the Campus, "The school has a responsibility to direct students to healthy choices through what they provide."

But while none of the college's dining services will sell energy drinks — they're providing Guayaki Brand Yerba Mate (a stimulant drink made "from the leaves and stems of a powerful rainforest tree") instead — there's nothing stopping students from going off campus to get their fix.

Those 22-page research papers, after all, don't write themselves.