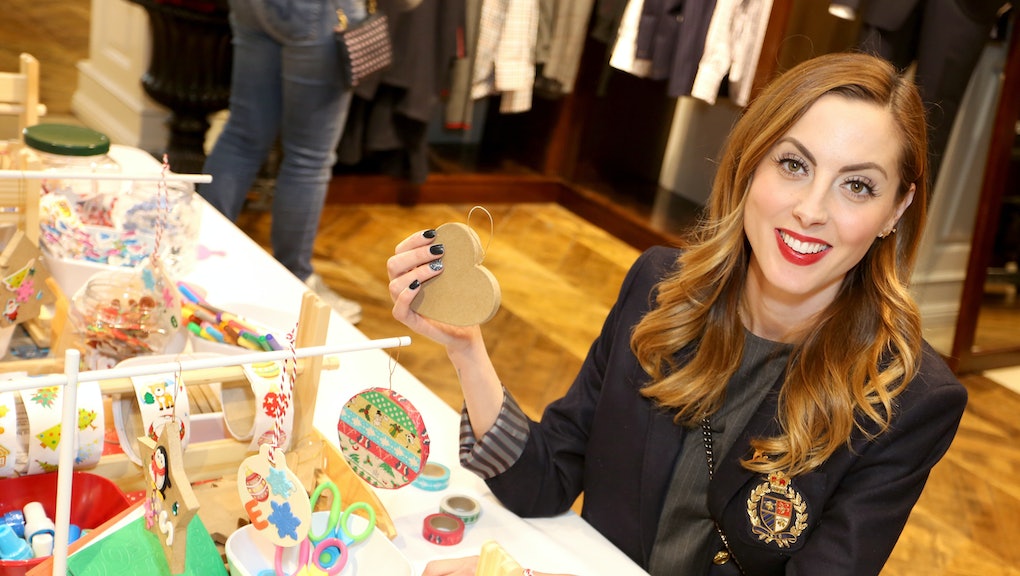 For those well-off enough to afford the price tag, a good nanny can be exactly what a household needs to flourish. But sometimes, nannies can be bad. Very, very bad. Particularly if they attempt to fuck their employers.

"Grab some popcorn and a cocktail because this story is trashy — really trashy," Amurri Martino wrote in her retelling of the saga.

Sigh. Guess they can't all be Mary Poppins.

To hear Amurri Martino tell it, she was out of town when her new nanny (of just three weeks!) decided to put the moves on her hubby Kyle, a former soccer player and current commentator for NBC Sports.

It all started with a text from the nanny to the husband that seemed to have been intended for a different recipient.

"OMG. Girl, did I mention to you how hot and sex my Boss is," it (reportedly) said. "I would love to fuck his brains out ha haah. Too bad he seems not to like thick Latin women with lots to hold on to LOL."

Rather than follow up with an "OMG wrong number I'm so embarrassed!" text, though, she just let the text awkwardly sit in his phone while he took his daughter out to breakfast. As they returned, he saw the nanny peeking through the window curtain of the couple's bedroom, which was enough evidence for Amurri Martino to conclude that the text was in fact not sent by accident, but was a v. intentional piece of bait to see if he'd be down for some illicit nanny-sex.

"He had a pit in his stomach, and he told me he just knew he had to leave the meeting early and rush home to [daughter] Marlowe — and to deal with the situation head on," Amurri Martino wrote of her husband's decision to take action.

So Kyle confronted the nanny RE: the scandalous text while secretly recording the conversation. She didn't seem too torn up about it, so he was all "this isn't the kind of environment we want in our house" and fired her.

While we can't exactly be sure as to its veracity (there are three sides to ever story, after all, and we'd loooove to hear a firsthand account from Nanny McPhee herself), it's not exactly surprising that some shit went down while the wife was out of town. Nanny-mama-husband drama seems to be a recurring theme in the dissolution of marriages, perhaps most famously demonstrated last year during the Summer of Celebrity Divorce.

First, the Ben Affleck-Jennifer Garner split was rumored to be a result of Affleck's extramarital dalliances with the couple's nanny, the slightly aspirational Christine Ouzounian. And then! Gavin Rossdale and Gwen Stefani's divorce was also reported to be nanny-sex-related. And who could forget that whole Girls saga from a few seasons ago where Jessa was nannying for a family while flirting heavily with the husband until the wife was randomly like, "Hey Jessa, I had a dream that I murdered you"?

But of course, this is all just speculation! Good luck finding a new nanny, Amurri Martinos. If you're looking for candidates, try checking out a bridal shop in Flushing, Queens.