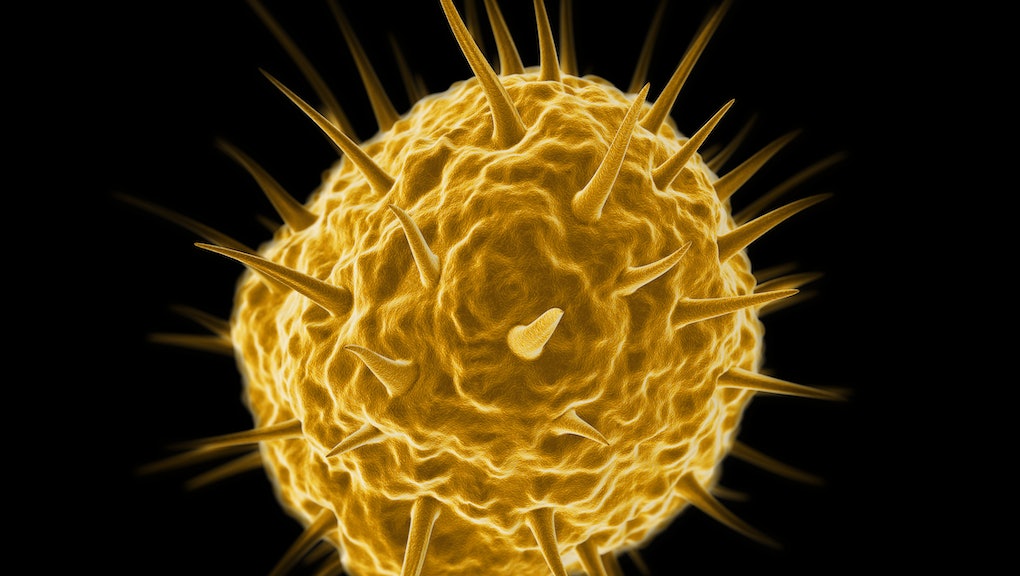 French researchers think they've found a giant virus big enough to house its own virus-killing devices using a system like CRISPR, and it could be a completely new form of life.

Called a mimivirus, it was first found growing in amoebae in a water tower. At four times the size of a typical virus, you can even see it under a light microscope (versus a micron microscope, which you need for typical viruses).

The discovery is so strange that Didier Raoult and Bernard La Scola, co-authors of the study, think mimiviruses count as a completely new type of organism.

According to the Woese classification system in biology, there are only three categories all living things fit into: bacteria, archaea and eukaryota (which is what humans are). For years, Raoult has been arguing that mimiviruses are the fourth and, so far, unrecognized branch in the tree of life.

Mimiviruses also have their own immune systems, which Raoult named MIMIVIRE. The system is similar to CRISPR, which has been the main immune system in bacteria and some archaea forever, though it was adapted by scientists to snip and edit genes. This is why Raoult believes mimiviruses are actually ancient.

How it works: When the mimivirus encounters another virus, it stores some of the invader's genetic material. That way, when it encounters the same kind of virus again, the MIMIVIRE system goes into gene-editing berserker mode, finding the key genes of the virus and cutting them to inert oblivion.

The MIMIVIRE system goes into gene-editing berserker mode, finding the key genes of the virus and cutting them to inert oblivion.

So when Raoult and La Scola found that viruses called Zamilon were attacking mimiviruses, the mimiviruses that were beating up Zamilon actually had Zamilon DNA mixed in with their own. Pretty badass for something that just chills in water-tower amoebae.

What's cool: The idea of a wholly new form of life is already exciting, but even more interesting than that is what it's capable of. With something that big, the mimivirus can house a lot more mechanisms for doing things we've never encountered before.

While Raoult and his team are still figuring out exactly how MIMIVIRE works, the discovery could be huge for more novel applications.

Mimiviruses, pretty much, store the souls of their vanquished enemies to be used later in antiviral combat. And if that ability is harnessed, it could lead to more discoveries of bacterial defense systems' capabilities, and become a major tool in the future of gene editing.