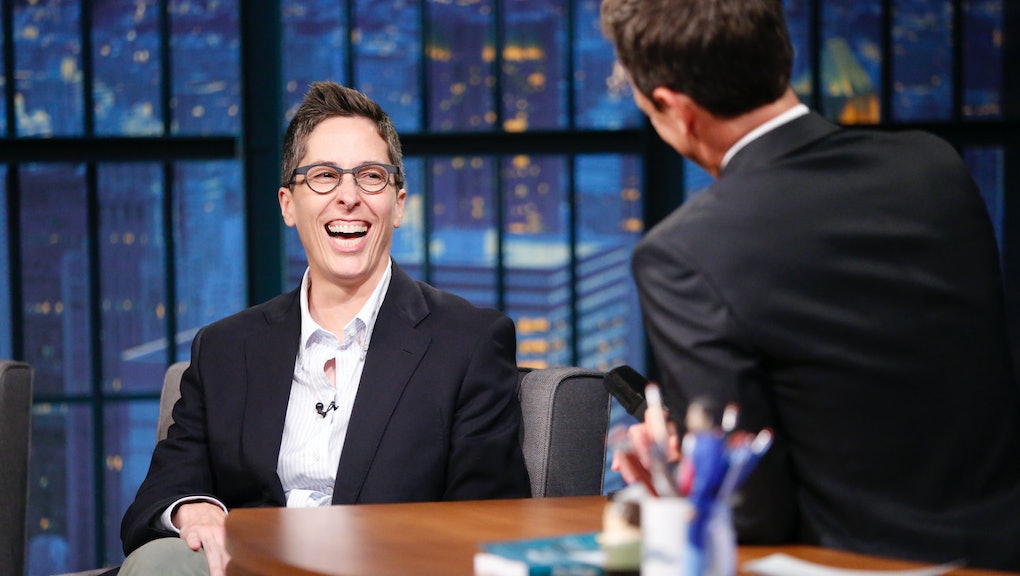 In recent years, with discussions of inclusion in film on the rise, the Bechdel test has become a popular measuring stick for how fairly a movie treats its female characters. Passing the test has become a badge of honor worth celebrating; failing it is a harsh demerit on a movie's record.

The test, otherwise known as the Bechdel-Wallace test (but best known in its shorter form), is a simple one, derived from cartoonist Alison Bechdel's comic Dykes to Watch Out For. There are three criteria: Are there multiple female characters? Do they talk to each other? Do they talk about something other than a man? If the answer to all three is yes, the film has passed. Yet in recent years, the test has been knocked for being too simple.

"In 2014, we are still whooping with delight when movie studios depict a woman sharing a snippet of non-dude-focused conversation with another woman?" Slate's Katy Waldman wrote in January 2014. "This is not exactly a high bar."

Alison Bechdel explains the origin of the Bechdel test on 'Late Night With Seth Meyers.'

In 2013, Bechdel herself expressed some trepidation about a joke from her comic becoming such a widely accepted test. She's leaned into it since, as she wrote about on her personal blog, but called the test's success a "weird thing" as recently as 2015.

Much of Bechdel's reticence seems to derive from discomfort that the test is the only standard, not that the test is incomplete. Right now, only just over half of top films are passing the test — that number should be 100%. When that number is hit, however, it won't be a sign that the sexism of Hollywood is cured. It will be time to progress even further.

When every movie passes the Bechdel test, it won't be a sign that Hollywood's sexism is suddenly cured. It will be time to progress even further.

Some other tests have been created to improve Hollywood's inclusion not just of women, but of nonwhite characters as well. The Mako Mori test, noted by the Daily Dot and coined by a Tumblr user, is named for a female Pacific Rim character who was interesting, fleshed out and had a narrative arc. Pacific Rim, notably, did not pass the Bechdel test.

There's also the DuVernay test, coined by the New York Times and named for Selma director Ava DuVernay. To pass that test, a film must feature multiple named people of color whose narrative arcs do something other than support white people.

We could develop countless tests — like the Taraji test, for example, named for Taraji P. Henson in light of her new movie that features three black, female math geniuses at its center. To pass, a movie must be about multiple women, have them all share scenes and only feature men as supporting characters. But tests aren't the answer. Each one will hold Hollywood to a higher standard. Then like the Bechdel test before it, it will be challenged for being too "simple."

There is no definitive test. Progress means constantly pushing the boundaries. An absolute set of criteria would inherently be anti-progressive.

Film and TV need to be held to a higher standard not just at the level of the Bechdel test, or the Mako Mori test, or the DuVernay test. The search for a clear answer to what an inclusive, diverse Hollywood looks like is destined to be a fruitless one.

Instead of trying to hit the marks of a test, studios need to be developing projects with female creators, producers of color and noncis, nonstraight filmmakers. Such diversity behind the scenes will lead to more inclusive and ultimately creative storytelling in front of it. That, more than anything, is the legacy of the Bechdel test: to make Hollywood better.