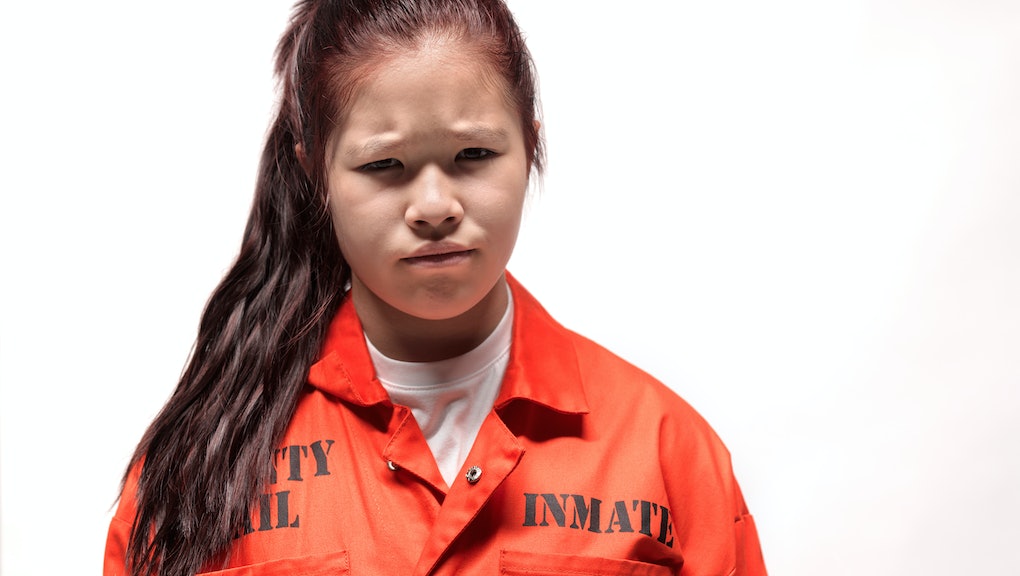 On Self-Injury Awareness Day, We Need to Talk About Prisoners and Suicide

From 2000 to 2013, the leading cause of death among local jail inmates in the United States was the same every year: suicide.

In August, the Bureau of Justice Statistics released sobering data on mortality in U.S. local jails and state prisons from 2000 to 2013. Suicide claimed a staggering 34% of local jail deaths in 2013 — and the rates are on the rise.

Self-harm is a serious mental health problem in the U.S., with an estimated 2 million Americans intentionally injuring themselves in some way, according to Mental Health America. On Tuesday, on Self-Injury Awareness Day, we're talking about a large population of self-harm victims that doesn't get enough attention.

Self-harm rates are growing among jail and prison inmates, both in the United States and around the world — and corrections facilities aren't necessarily equipped to handle it.

Why so many suicides in local jails? According to John Snook, executive director of the Treatment Advocacy Center, those facilities "typically won't have the opportunity to really screen someone, and so you don't know what's going on with the person." That can be a problem if a recent arrestee has severe mental health issues.

"That's what we find is the most dangerous time — that initial period when you're first placed in jail," Snook told Mic. "That's where we see suicides happening — those periods where we don't have an understanding of a person's likelihood of committing suicide."

The study, published in the American Journal of Public Health, analyzed 244,699 incarcerations in the New York City jail system from Jan. 1, 2010, to Jan. 31, 2013. Inmates committed 2,182 acts of self-harm, 103 of them potentially fatal. Only 7.3% of inmates were ever placed in solitary confinement, the researchers found — and yet that group was responsible for 53.3% of the self-harm incidents.

"One patient with relatively mild mental illness inserted a deodorant canister into his rectum, requiring surgical removal, all in an attempt to be taken out of his cell," the researchers wrote. "Others set fire to their cells or smear their own feces."

In other instances, inmates cut their skin with plastic utensils, banged their heads against the wall, ingested harmful toxins and tied things around their necks, according to CBS News.

Part of the problem is that correctional facilities aren't equipped to handle inmates with mental illnesses, according to Snook. "A jail or a prison is the worst possible place for someone with a severe mental illness to get treatment," he said.

Inmates with mental illnesses are often abused or attacked by other inmates. Prison guards may think they're protecting them by placing them in solitary confinement — but they're wrong.

"If you have a mental illness, being locked in without human contact is the worst thing you could do to a person," Snook said.

Other times, solitary confinement is used as a disciplinary tool for inmates with mental illness who act out. For Bradley Brockmann, executive director of the Center for Prisoner Health and Human Rights at the Miriam Hospital in Rhode Island, this form of discipline too often leads to self-injury — and it needs to end.

"They're not getting the treatment they should," Brockmann told Mic. "As a result, they can't cope, so they self-mutilate. They react however they can.

"They need treatment to deal with the cause of acting out, instead of putting them in a solitary room the size of a bathroom with no windows, no natural light — maybe a toilet and a sink and lights that could be on all the time."

Inmates with mental illnesses don't have enough access to psychiatrists and clinical social workers, Snook said. "You're in a stressful situation, and you're having mental illness issues," he said. "There are programs and promising best practices of how it's done, but until we have more psychiatrists in jails and prisons, people simply aren't getting the care they need."

"These are institutions that are built to deal with security issues — you know, having people in custody and control," Brockmann said. "These are not therapeutic institutions."

When inmates do meet with psychiatrists, they may not receive an adequate level of care.

"It's more or less a discussion of, 'What medications are you on? What side effects are you seeing?'" Snook said. "That's about it. You're not going to get into anything more than that, at the end of the day."

It's not just in the United States. In recent years, troubling stories of self-harm have emerged from corrections facilities in Canada and the U.K.

In Canada, the number of female inmates who engage in self-harm increased from 61 in 2004-2005 to 608 in 2014 — an 896% spike, according to CBC News. "The most common methods of self-harm are cutting or slashing, burning, banging heads, self-strangulation or ingesting objects," according to CBC.

A 2014 Guardian investigation found that in England and Wales, an average of more than six inmates were killing themselves per month — findings that prompted the British government to launch an "urgent inquiry."

"If you have a mental illness, being locked in without human contact is the worst thing you could do to a person," Snook said.

What's being done to reduce self-harm in prisons? For Snook, "the biggest piece to this is reducing the percentage of people with a mental illness that are in jails and prisons in the first place," he said.

The Mental Health and Safe Communities Act of 2015, currently in the Senate, proposes establishing a pilot program to see whether it's effective to send certain eligible offenders to special courts for people with drug or mental health problems, instead of subjecting them to the standard judicial and correctional processes.

The act also proposes the Department of Justice should be able to award grants for programs related to mental health, law enforcement and corrections.

Ideally, Snook said, some people with mental illness wouldn't even be arrested in the first place.

"Let's cut the arrest part out entirely, and get people treatment before they're meeting with a cop on the street," he said. "It's a bad way to do things."